OPINION: Understanding the Politics of Sex Education in New Jersey

A national controversy is now being debated in North Jersey

by North-JerseyNews.com
in Opinion
0 0
12 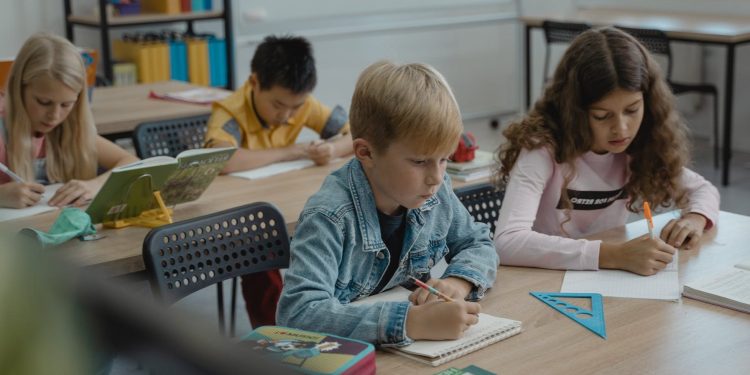 Children are being taught inappropriate material when it comes to health and sex education.

It’s a declaration that has been made in New Jersey and elsewhere over the last couple of weeks.

But is it true? And how did the message become so widespread?

Let us attempt to offer a road map of how we got here. In the Garden State, New Jersey Department of Education adopted new health and sex ed standards in 2020 intended to make schools more inclusive to LGBTQ+ youth by teaching students about gender identity and expression. Those new standards were set to go into effect this Fall.

Since then, the culture wars spurred by the pandemic and the death of George Floyd now fuel American politics. GOP lawmakers in New Jersey were able to tap into the dissatisfaction of COVID policies relating to how schools operated—including remote learning, school mask mandates and vaccine or testing mandates for teachers—as viable election issues that lead to gains at the Statehouse and a closer-than-expected race for Governor.

As part of their focus on schools and social reforms sought by Black Lives Matters supporters they believe went too far, Republicans nationally and locally have taken aim at a curriculum they believe is infused by Critical Race Theory. The theory argues historical patterns of racism are ingrained in law and that the legacies of slavery, segregation and Jim Crow that continue to create an uneven playing field for Black people and other people of color.

The reviews of curriculum were used as a jumping off point by conservative lawmakers to question what was being taught when it comes to sexual education in the classroom. Most prominent was Gov. Ron DeSantis (R-FL) and his trumpeting of the “Parental Rights in Education” bill. Known in Democratic circles as the “Don’t Say Gay” law, the Florida law barred instructions on gender identity and sexual orientation with the youngest students. The law was vaguely written enough that some teachers in the Sunshine State expressed concerns about their job status if they broached the subject of a student having two Moms or two Dads.

Parental rights have been at the center of the Give It Back campaign launched in the new term by New Jersey State Senators. The initiative is a rallying call “to give New Jerseyans an opportunity to tell Governor Phil Murphy in a unified voice to give back everything he has taken from them over the past two years.”

But the issue of what was appropriate to teach children in New Jersey became front and center after a viral Facebook post April 5 from State Sen. Holly Schepisi where she commented “I truly think New Jersey has lost its damn mind” after clicking on links included in sample lesson plans. The sample curriculum Schepisi (R-39) viewed was drafted by Washington, D.C.-based Advocates for Youth that she called “totally age-inappropriate and highly sexualized.”

GOP pressure and outrage online continued to build to the point where Gov. Phil Murphy on April 13 directed the state’s Department of Education to review the standards and provide further clarification on what age-appropriate guidelines look like for New Jersey students.

Murphy stressed that “we have seen a handful of sample lesson plans being circulated that have not been adopted in our school districts and do not accurately reflect the spirit of the standards.”

That was followed by State Sen. Vin Gopal a week later announcing plans to introduce legislation to mandate parents and guardians are provided the opportunity to review any educational material on health and sex education in an attempt to “stop the politically-coordinated misinformation campaign.”

Extremists views—liberals calling those wanting more clarity to what their kids will be taught “homophobic” along with conservatives saying teachers are “sexually grooming” kids—are not only misplaced but wrong. Throw in the toxic wasteland that is social media and 24 hour news channels that promote hosts and guests to say things more outlandish than the next and you have a prime example of what is eroding our democracy. It becomes harder and harder to come together to find what is best for all of us, especially our children, when one side accuses the other of pedophilia or hating gay people.

Sexual education and the politics that goes along with them are complicated. There are absolutists that will never believe it is the school or government’s role to guide their children about sexuality. The state has since 1980 had an opt out provision for those with those views.

On the other side, the recent removal of books in New Jersey and throughout the country from libraries due to homosexual content among other reasons, validates the fight to ensure all perspective are available to kids and adults alike.

We truly believe that education is the best way to help all of us understand complex issues such as gender identity and sexual orientation. Let’s be honest: the road for a lesbian, gay or transgender person is a much more difficult one due to the prejudices that exist no matter how far as a society we have come.

And that is especially true for those who will be the recipients of the lessons. A 2021 survey from the Trevor Project, a nonprofit suicide prevention organization for LGBTQ youth, found that 42% of LGBTQ youth seriously considered attempting suicide in the past year. Empathy, not scorn, should be the guiding principle when it comes to this matter.

Making sure what is being taught is age appropriate is a real concern that should not be dismissed. The outcome should not be whether it is a win for either political party; it should be what is best for all of our kids.