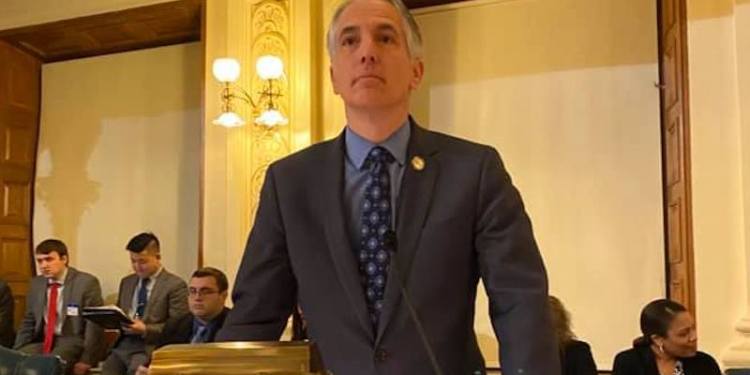 DePhillips noted Satista.com info that found 10- to 19-year-old females were the largest TikTok demographic, while SnapChat users were in the 18- to 24-year-old bracket with a fairly even split between males and females.

Additionally, the Bergen County lawmaker noted separate research that found social, emotional, and physical well-being of children and teenagers could be affected by the social media apps.

DePhillips argued many parents were in the dark since other social media platforms employ stronger parental controls.

“It’s a blessing and a curse that social media has connected people in ways that were unheard of not that long ago,” DePhillips said. “We all have a responsibility to let children experience the noble and beautiful, and be protected from predatory and ugly. I want that for the 2 million children in our state. Our top law enforcement official’s name should be on that letter.”

The attorneys general from Arizona, California, Colorado, Illinois, Indiana, Missouri and Texas also did not sign onto the coalition.

Prior Actions by Platkin

While Platkin did not sign onto the coalition letter mentioned by DePhillips, he had already started investigating TikTok’s effect on minors within the Garden State as early as March 2022.

Specifically, the investigation was targeting whether the company itself already understood the potential harm it could cause to minors.

Representatives from Nebraska, California, Florida, Kentucky, Massachusetts, Tennessee, and Vermont had signed on to the investigation. These states had already launched an investigation into Meta Platforms in November 2021 regarding similar issues.