New Jerseyans Ok With Marijuana Dispensaries in Their Towns 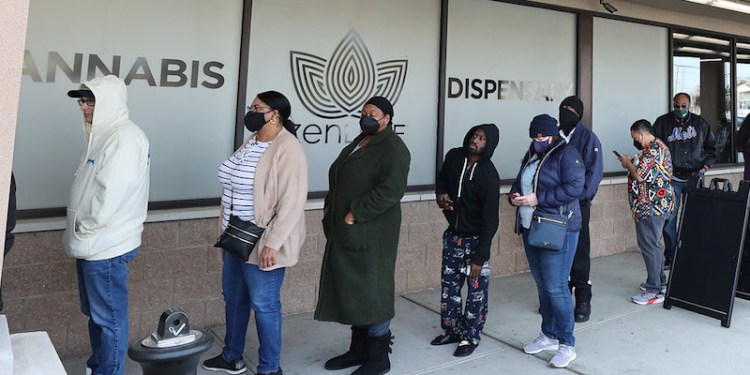 As the lines seen during the opening weekend of legalized marijuana sales in New Jersey indicated, a majority of Garden State residents support the new industry.

This was furthered by a Stockton University Poll released April 22 that found a majority of adults would welcome dispensaries selling cannabis in their towns, and half would market it as a tourist attraction, according to a poll conducted for the William J. Hughes Center for Public Policy at Stockton University.

Of the 640 state residents surveyed, 56% said they would support dispensaries selling legal recreational marijuana in their towns, while 36% would oppose it and 8% are unsure. Roughly 29% of New Jersey’s municipalities now permit some element of the cannabis industry.

OK with the Delay

About a dozen dispensaries began legally selling recreational marijuana in New Jersey April 21, nearly 18 months after voters approved legalizing pot in a statewide referendum. Those seeking to purchase recreational cannabis will be able to buy up to 1 ounce of dried flower or up to 5 grams of concentrates, resins, or oils or 10 100 mg packages of ingestible items in a single transaction.

Most poll respondents were understanding about the long delay; 22% said it was reasonable and 50% had no opinion. About one in four (27%) found the delay unacceptable.

Recreational cannabis and cannabis products for now are available at just 13 dispensaries across New Jersey that already have been serving registrants in the state’s Medicinal Cannabis Program. Five of those dispensaries are in North Jersey—Bloomfield, Maplewood, Paterson, Phillipsburg and Rochelle Park.

Among the North Jersey municipalities that have approved retail cannabis businesses but do not have a retail outlet established yet are Hoboken, Jersey City, Montclair, Newark, Hackensack, and Teaneck.

New Jerseyans in the poll expressed the desire they want the economic benefits to be centered around the state’s hospitality sector. Fifty percent who responded were in favor of cannabis related attractions such as lounges and restaurants where weed can be consumed. The hospitality industry employs 9% of New Jersey’s private-sector workers, according to state records.

“The South Jersey tourist industry was especially damaged by pandemic restrictions and by customers avoiding public crowds,” said Hughes Center Director John Froonjian in a press statement with the polls results. “If tourists want to enjoy legal marijuana when they go out, a segment of this region wants to see that market served.”

State projections estimate 130,000 cannabis patients and about 836,000 recreational customers from New Jersey—around 12% of the state’s adult population. Another 788,000 “tourism consumers” from outside New Jersey are expected.

New Jersey will dedicate 70% of tax revenue raised from recreational marijuana sales to economically struggling communities most harmed by past marijuana convictions.

Asked for their spending priorities in those areas, the top responses were education (37%) and social services (13%). Recreational cannabis is subject to New Jersey’s state sales tax of 6.625%, but municipalities have the option to tack on a 2% local tax to cannabis sales.

The Stockton Poll found one product sale that state residents clearly disapprove of: unregulated, over-the-counter sale of hemp products used by some to get high. Two thirds (67%) opposed such unregulated sales of hemp, which is a legal product, while 28% supported it and 4% were unsure.