Pennacchio: Murphy the One Playing Politics on Sex Ed Standards 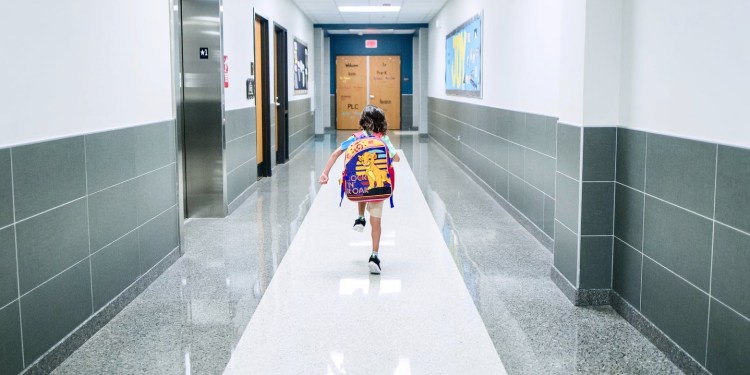 Photo by Caleb Oquendo on Pexels.com

The uproar over New Jersey school standards on health and sex education continues as Republican lawmakers condemn the standards’ content and its potential effect on children in Garden State public schools.

“With all due respect, Governor Murphy is flat out wrong when he accuses Republicans and concerned parents of misrepresenting the new standards,” said the Morris County lawmaker in a recent statement responding to a statement from the governor.

At issue are health and sex ed standards that the New Jersey Department of Education adopted in June 2020. Concerned parents and Republican lawmakers, including Pennacchio, contend that the standards delve into a range of sex and sexuality-related topics before children reach appropriate ages for learning about them. Additionally, they say that state officials adopted the standards at a time when public focus was diverted to the COVID-19 pandemic and thus the standards never received full scrutiny.

Republican senators wrote to Murphy and Senate President Nick Scutari (D-22) on April 11. They urged Murphy to “immediately suspend” the standards and they urged Scutari to hold public hearings on the issue.

Murphy Calls for Review of Standards

Murphy responded to the controversy, saying that he has directed the state’s Department of Education to review the standards “and provide further clarification on what age-appropriate guidelines look like for our students.” Additionally, the governor said the learning standards have been “intentionally misrepresented by some politicians seeking to divide and score political points.”

Pennacchio—who fought against the standards in 2020 and now is fighting against them again—flatly rejected Murphy’s characterization. Instead, he called the new standards “governmental intrusion”

“Governor, we appreciate you revisiting the issue, but the law says what the law says, and the standards are what the standards are,” he said. “Blame the Democrats. We’re merely citing the absurdity and impudence of rules that reject the term ‘age appropriate’ and disenfranchise parents in the sexual education of their children.”

Sen. Schepisi Squares off With NJEA

The NJEA wrote in the document that “partisan politicians” and other “bad actors” were “intentionally and falsely claiming that New Jersey is forcing an age-inappropriate curriculum on children.”

The group added: “Not only are these claims blatantly false, but this hateful rhetoric also has the potential to jeopardize the safety and mental health of New Jersey’s students.”

The 2020 revisions to the standards aim to require students to be able to “demonstrate ways to promote dignity and respect for all people” regardless of their race, ethnicity, sexual orientation, gender identity and expression, and other factors. Moreover, the revised standards require students to be able to “differentiate between gender identity, gender expression and sexual orientation,” the NJEA said.

Schepisi touched off much of the controversy over the 2020 revised standards when her April 5 Facebook post expressing concerns over the standards went viral.

“I truly think New Jersey has lost its damn mind,” she wrote, after clicking on links included in sample lesson plans. The sample curriculum Schepisi viewed was drafted by Washington, D.C.-based Advocates for Youth. She called the curriculum “totally age-inappropriate and highly sexualized.”

The NJEA contended in its alert that the 2020 health and sex ed standards “do not mandate specific instruction, but rather, provide a blueprint for local school leaders to develop appropriate curricula for students in their communities.”

Schepisi fired back that, “The NJEA is being disingenuous at best when they say that sample lesson plans that some parents are being provided by districts are not required by the new state sex ed standards.”

“The simple fact is that there are only a handful of teaching resources that have been made available, by left-wing groups, that align with and satisfy the new standards,” the Bergen County lawmaker countered. “In an effort to comply with the new curriculum requirements for this fall, local school districts will likely feel compelled to pick from the limited menu of options that are currently available, which parents are now learning contains extreme material.”

Schepisi pointed to samples of lesson plans produced by Advocates for Youth that parents in Westfield were provided to demonstrate how the new curriculum standards might be implemented in their school district.

A lesson on puberty, “It’s All about the Hormones,” advises teachers on how to discuss puberty blockers with children by the end of 5th grade: “These medications stop the testicles or ovaries from making testosterone or estrogen and then the young person can take the hormone for the gender they know themselves to be. For example, someone assigned female at birth but who knows inside that he’s a boy could take puberty blockers to stop their body from making estrogen, and then begin to take testosterone so their body will develop physically as a boy.”

Said Schepisi: “It’s not disinformation as the NJEA suggests to tell parents that these sample lesson and curriculum plans are likely to be adopted by school districts, which is already happening.”

She said that Montclair, where NJEA’s president serves as mayor, adopted the Advocates for Youth curriculum in full in 2019.

“It defies belief to suggest that other school districts aren’t feeling the pressure to follow the example of the NJEA President’s local school district to adopt one of the sample curriculum plans to comply with the new state standards.”

Schepisi laid the blame on progressive groups that :have been trying to incorporate their far-left ideologies into our children’s curriculum for years. They went way too far this time, and they got caught. Instead of owning up to it, they’re saying it’s ‘disinformation’ to educate people about what they’re clearly trying to do.”

The school district’s superintendent said in a letter that parents/guardians “should serve as the primary sexuality educators for their children. Further, we also believe that the state is acknowledging its overreach and has begun distancing itself from some of the new standards.”

Bucco predicted that additional New Jersey school districts would resist the changes in the educational standards.

“This is only the start. It is a responsible reaction, and more districts are likely to follow suit,” Bucco said. “We can expect to see more and more superintendents pushing back and trying to mitigate the impact on local students and families.”

The State Senator concluded that “the Murphy Administration hoped to slip these new standards under the door without public scrutiny, but that plan backfired. The indefensible revisions go too far, following a progressive agenda that has been simmering not only in this state but across the nation.”