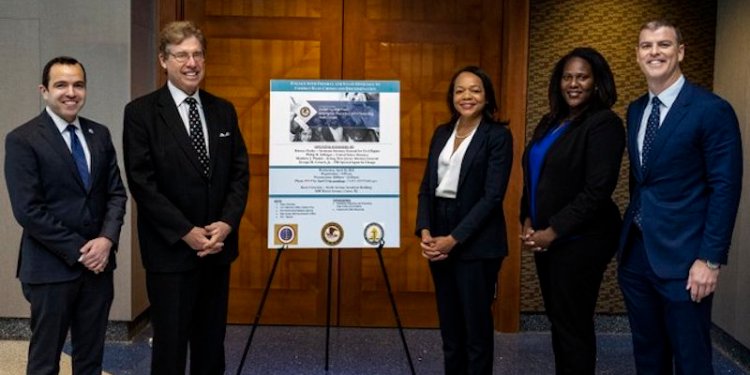 The “United Against Hate” program will seek to end hate crime by reaching out and uniting the law enforcement agencies with the local communities to build trust and create a culture of reporting such incidents and crimes.

Primarily, the program has its eye on repairing the strained relationship between traditionally marginalized communities and law enforcement at the federal, state, and local levels.

The federal and state representatives spoke to an audience of civil rights advocates, community leaders, and community members. They also had some subject matter experts from their offices who gave a presentation and engaged in discussions with the audience on the steps to identify, report and prevent hate incidents or crimes.

Sellinger said that hate crimes and discrimination undermine our nation’s core principles of democracy. He called for a dynamic outreach that would bring together all stakeholders in spirited prevention efforts to combat the hate beyond lawful prosecution.

“No one should ever be subject to acts of discrimination or hate because of where they are from, what they look like, whom they love, or how they worship,” stated Sellinger.

New Jersey was chosen as one of three districts, out of 94 districts in the nation, to advance the United Against Hate outreach initiative.

The pilot program come in the wake of the Sellinger’s announcement in March establishing a Civil Rights Division in his office that doubles the manpower devoted to the issue. The division enforces criminal civil and civil rights laws with the help of community members, advocacy groups, and government agencies.

The new program comes as hate incidents and crimes has risen in the last two years. Platkin said that going by the numbers, hate, and bias is at an all-time high in New Jersey and across the nation. To combat the rise, he said there needs to be an increased collaboration between the community stakeholders and the government.

All those involved said for the initiative to be successful, there’s a need to engage with the communities across the district, deepen connections with them, enhance the hate crimes prevention efforts, and encourage reporting of any hate incidents and hate crimes.

According to Clarke, Department of Justice will continue to marshal all its resources to hold accountable all persons who engage in unlawful bigoted acts. But, it would take the united efforts of the Justice Department, law enforcement officers, and community leaders to succeed.

“Our communities, schools, workplaces, and homes are safer when we stand unified in the fight against hate,” said Clarke

FBI Acting Special Agent in Charge Reilly talked about hate crimes’ ripple effects, saying they are felt hundreds and even thousands of miles away. “People who identify with those victims see themselves and wonder ‘will it happen here?’ and “will I be next?” he said.

Reilly insisted that response is the duty of all community members, not just the law enforcement agencies like the FBI. He, however, said that the FBI already established a hate crime awareness campaign last year, and welcomed the people to call the FBI if they witnessed or were subjected to any hate crime.