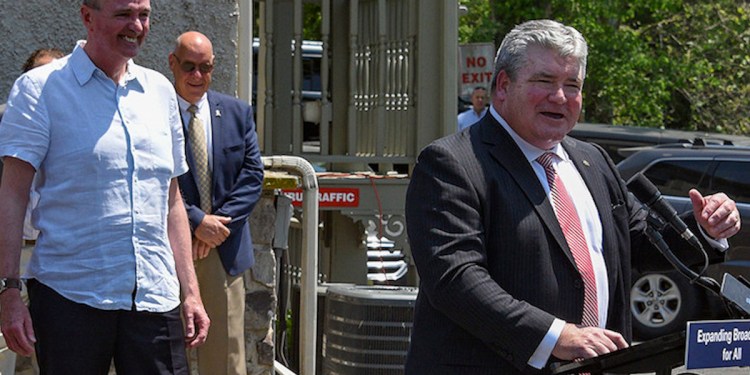 A national discussion on the shape and form of sexual education is playing out in New Jersey, with state Republicans arguing that Gov. Phil Murphy and New Jersey Democrats are stripping away parental rights.

Senate Republicans announced a “Three Rs” plan to “Repeal, Replace, and Restore” to adjust children’s curriculum in regards to “extreme” new sexual education standards, and diversity and inclusion lesson requirements as part of the Give it Back campaign.

“Our solution to the inaction of New Jersey Democrats is the ‘Three Rs’ plan to repeal, replace, and restore. Republicans want to give parents the voice in education they deserve,” said State Senate Minority Leader Steven Oroho (R-24).

Murphy responded to controversy by calling for a review of the standards, although he argued the standards had been “intentionally misrepresented by some politicians seeking to divide and score political points.”

“Unfortunately, it seems unlikely that the Murphy Administration will take any additional steps to address parental concerns about sex ed curriculum and learning standards unless forced by the Legislature,” said Oroho regarding the effort by Murphy.

Oroho noted Republican State Senators had spoken with parents and teachers who shared their concerns about the new learning standards first adopted in June 2020. He said parents called some of the educational plans “age-inappropriate and extreme.”

“We’ve also heard from teachers that they have too many mandates that leave them with too little time to focus on core topics such as reading, writing, science, and math. Our ‘Three Rs’ plan addresses all of those concerns and will help teachers get back to basics in their classrooms,” he said.

The plan’s “repeal” phase included a new bill from State. Sen. Holly Schepisi (R-39) and Oroho which would repeal statewide Health and Physical Education Standards in favor of local school boards being allowed to adopt their own standards with public input.

Bills to be Offered

Oroho argued recently-enacted diversity and inclusion legislation, which would include education on gender identity and implicit bias, should be replaced to limit the requirement to high school students. State Sen. Joe Pennacchio (R-26) and State Sen. Michael Testa (R-1) introduced legislation to this effect.

Finally, the “restore” aspect of the plan would bring parents’ voices into the children’s education system. Oroho mentioned seven Republican-backed bills that could provide this at the local level.

The GOP bills include a bill being offered by State Sens. Kristin Corrado (R-40) and Anthony Bucco (R-25) that establishes “Parents Bill of Rights Act” prohibiting school district from interfering with the fundamental right of parent or guardian to engage in and direct student’s education; legislation from State Sen. Joe Pennacchio (R-26) requiring board of education to publicly post full meeting agenda 48 hours prior to meeting and an offering from Schepisi that would prohibit teachers from inputting information and conversations regarding individually identifiable health information into third-party software applications managed by entities engaging in partisan political activity.

Schepisi bill comes after her criticism of the New Jersey Education Association, the powerful New Jersey teachers union, for a “disinformation alert” that the group distributed on the issue. Schepisi called the document “a disingenuous attempt to dismiss parents’ concerns.”

The Republican response comes after State Sen. Vin Gopal (D-11) announced his plans to introduce legislation to mandate parents and guardians are provided the opportunity to review any educational material on health and sex education, allowed to meet with local school officials to get any questions answered, and given the option to opt-out if they would rather teach health and sex education to their children instead of having the school district do it.

Gopal’s bill would mandate that all school curriculums be uploaded to their Board of Education website 14 days prior to the start of the school year to help “fight the misinformation from fake curriculums being distributed online that were created by third parties and not local governments.”