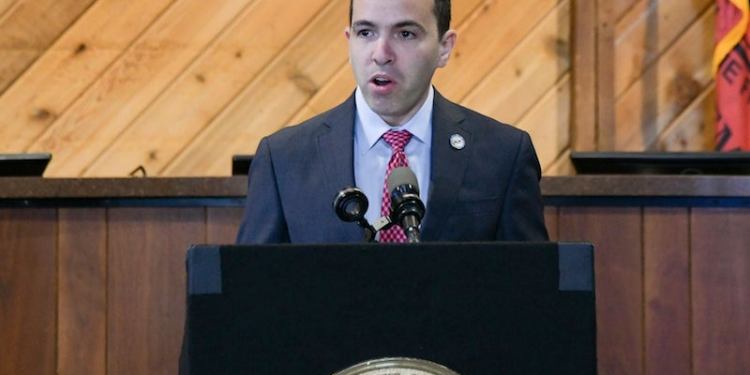 After being lobbied by law enforcement officials, Acting Attorney General Matt Platkin announced that pursuit of car thefts will resume in New Jersey.

The reversal was announced during a Gov. Phil Murphy press conference that the state will spend $10 million to expand the use of license plate recognition technology.

“We will permit pursuits based on the commission of several additional crimes — car theft and receiving a stolen vehicle — at least through the end of this year, when we will evaluate the impact of this change,” Platkin said on April 29. “These changes will give law enforcement the tools that they need to meet the moment and to protect our communities while also being mindful of the inherent risks that come to officer safety and to the public when officers do engage in police pursuits.”

The state has seen a serious spike in motor vehicle theft since the pandemic’s onset, an all-time high of 14,320 vehicles in 2021 in comparison to the previous five years. The first quarter of 2022 is on track to have a 53% increase in motor vehicle thefts from 2020, with the increases occurring across the state, in both suburban and urban areas.

The policy to reverse the curtail in pursuit is due to the fact that stolen cars are frequently associated with other violent crimes, particularly shootings. A significant percentage of individuals who commit auto theft offenses have also been involved in shootings, said Platkin.

To address the issue, the Murphy Administration is making a $10 million allocation in automated license plate recognition (ALPR) technology to reduce violent crime and motor vehicle theft in the Garden State. The program is being funded through the federal American Rescue Plan (ARP).

The funds will be used to purchase and expand existing high-speed, automated camera systems to capture and store computer-readable images of license plates in a centralized database accessible to law enforcement. The technology will be installed at both fixed locations throughout New Jersey and mounted on mobile units.

“The alarming uptick we are seeing in vehicle theft is unacceptable, and our administration is making investments to combat these occurrences statewide,” said Murphy. “To aid law enforcement in this endeavor, an investment in ALPR technology will provide them with the tools they need to reduce these incidents and make our communities safer.”

Both law enforcement and politicians officials offered that the equipment will provide law enforcement agencies additional tools to address the increase in motor vehicle thefts and a corresponding rise in violent crime seen in both suburban and urban areas of New Jersey.

“We are investing significant resources to give law enforcement officers the tools they need to combat the rise in auto thefts across the state,” said Platkin. “Because stolen vehicles are increasingly used in the commission of violent shootings, deploying these automated license plate readers will save lives.”

Through the Murphy Administration’s $10 million ALPR program, a portion of the funding will be allocated to the New Jersey State Police to deploy cameras along major roadways that run throughout the state. Intelligence gathered will be shared in real-time through the state police’s Regional Operations Intelligence Center and Real Time Crime Centers with local law enforcement partners as appropriate for investigative and operational need.

The remaining funding will be made available to county and local law enforcement agencies, through a competitive process, for the purchase, installation, and expansion of additional units and systems, in strategic locations throughout the communities they serve. Municipalities who receive the funds are required to share captured license plate information with the NJSP.

“The allocation of these financial resources to increase the use of automated license plate reader technology is, quite simply, a game changing moment in terms of our investigative capabilities,” said Colonel Patrick J. Callahan, Superintendent of the New Jersey State Police. “This investment will undoubtedly help combat the growing number of motor vehicle thefts and the associated rise in crime.”

The investment into ALPR technology advances ongoing efforts by attorney general’s office to combat the rise in auto thefts, including public service campaigns to raise awareness of the risks associated with leaving cars unlocked with the key or key fob inside.

In March, OAG expanded the NJSP Auto Theft Task Force by adding detectives and prosecutors, as well as bringing on additional police departments from around the state. Additionally, $125,000 in federal Justice Assistance Grant funds is being made available to maximize the Task Force’s capabilities.

OPINION: Hate and the New Responsibilities of Elon Musk