Everything You Need to Know for May 4 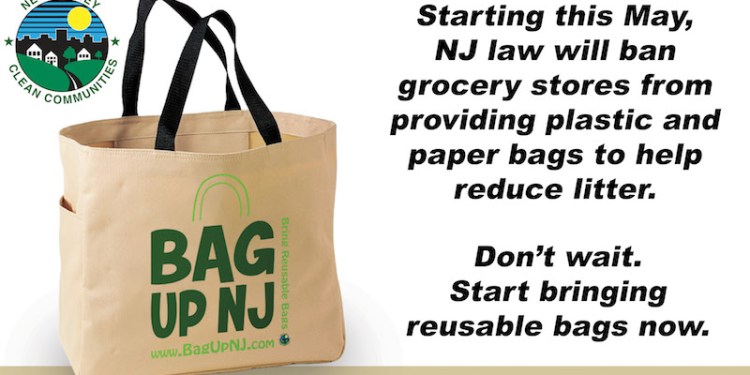 It’s been 18 months in the making, but starting May 4, New Jersey residents will no longer be able to carry their grocery items out of a supermarket using a single-use plastic or paper bag.

Here’s everything you need to know about the upcoming legislative change.

Starting May 4, New Jersey stores and foodservice outlets will no longer be able to distribute single-use plastic bags, paper bags, disposable food containers, and cups made of polystyrene foam.

Any business found violating the law would receive a warning on first offense, with fines ranging from $1,000 for a second offense and up to $5,000 for third or subsequent offenses.

A number of items will be exempted under the ban. Reusable plastic carryout bags with stitched handles will still be offered, as will bags used solely for uncooked meat, fish, or poultry.

Laundry, dry cleaning, and garment bags; newspaper bags; and prescription drug bags are other miscellaneous items which will be permitted under the new law.

Foam containers will be disallowed under the current law, although other products made from the same polystyrene material will have a two-year grace period before being banned.

These items would include foam spoons for thick drinks; small cups of two ounces or less, trays for raw meat, poultry, or fish; and any food pre-packaged in polystyrene by the manufacturer.

Origins and Support of the Bill

Signed into law by Gov. Phil Murphy on Nov. 4, 2020, the bill was touted as one of the nation’s strongest laws on the topic, and was designed in response to other national efforts to cut down on pollution.

“Paper bags require resources and energy to produce, contributing to pollution,” said Murphy at the time.

A majority of New Jersey residents were aware of and supported the ban, with 61% supporting a “plastic bag ban” that allowed access for a small fee.