Money would be used to help arm, rebuild Ukraine 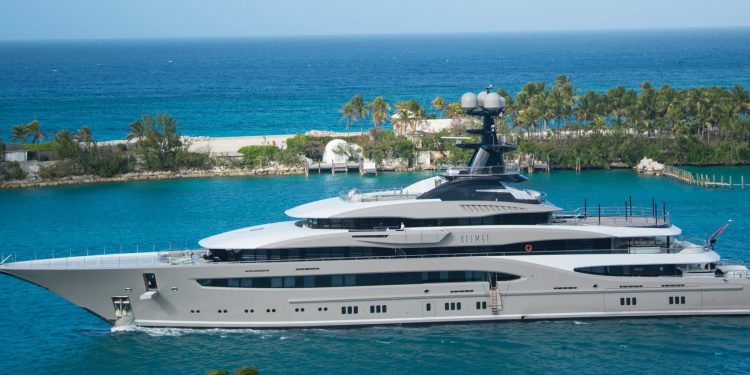 The House of Representatives recently passed the Asset Seizure for Ukraine Reconstruction Act introduced by Rep. Tom Malinowski, a bipartisan bill to allow the use of sanctioned Russian assets in the efforts to rebuild Ukraine.

By this law, the administration has the authority to confiscate any property, including yachts, airplanes, fine art, and luxury villas, which are valued at over $2 million, from Russian companies and oligarchs that the US government previously sanctioned for their involvement in human rights violations and Kremlin’s invasion in Ukraine.

The money gained from selling these assets will be channeled towards providing military and humanitarian aid, post-conflict reconstruction, and technology to enhance the free flow of information for the Ukrainian people.

“It is hard to imagine giving Russia’s wealth back to Putin while Ukraine lies in ruin and Ukrainians are burying their dead,” said Malinowski. He encouraged the international community, given the extraordinary circumstances, to prepare to use Russia’s frozen assets to rebuild Ukraine, which Russia has been destroying.

The new law will not be the House’s first intervention in ending Ukraine’s situation with Russia. The House previously passed the Ukraine Democracy Defense Lend-Lease Act to revive a World War II program that would allow the US to send weapons and other supplies to Ukraine more efficiently. Malinowski and Joe Wilson (R-SC) were co-sponsors of that bill as well.

“It is long past time that Putin’s cronies, who have amassed wealth on the backs of the Russian people, pay for their complicit role in Putin’s crimes against humanity,” said Wilson.

The South Carolina congressman is confident that there would be no better way to use Russia’s ill-gotten wealth than to liquidate it and use it for humanitarian and rebuilding efforts in Ukraine.

“I can only hope that its passage today represents some semblance of justice for the people of Ukraine,” Wilson added.

The move by the House  is receiving bipartisan support from the upper chamber, with Sens. Sheldon Whitehouse (D-RI), Lindsey Graham (R-SC), Richard Blumenthal (D-CT), and Roger Wicker (R-MS) introducing the bill in the Senate.

Whitehouse expressed the eagerness to move the bipartisan bill to the Senate as “this is an important step toward our goal: the seizing of oligarchs’ mega yachts, jets, mansions, and other high-priced assets and using the proceeds from their sale to rebuild Ukraine.”

Graham said he hopes that the Department of Justice, Treasury, and various law enforcement partners will move to take up the loot from the bunch of “Russian crooks and thugs.” The GOP lawmaker wants to ensure Ukraine gets more weapons to fight, and he believes passing this bill is a good initial step on the long journey of punishing the invasion pushed by Putin.

“Dictators like Putin care only about themselves and their cronies. It is long past time for all the Russian oligarchs – Putin’s partners in crime – to lose their yachts, luxury apartments, and their assets and pay a price for being part of a thuggish group – a nation-state that really is a mafia-state,” said Graham.