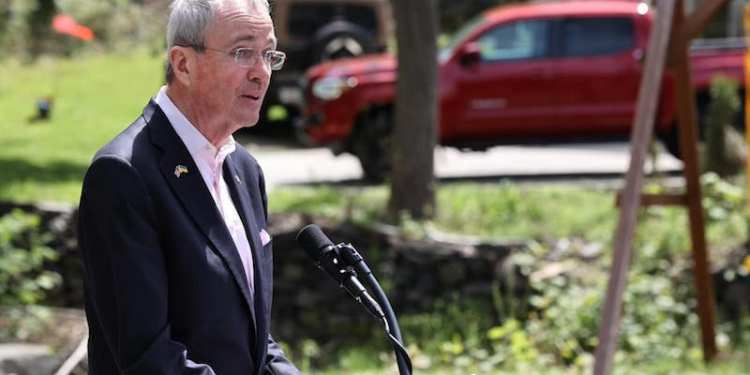 DEP will make $10 million available in community stormwater assistance grants, and were touted as a way to build on Gov. Phil Murphy’s commitment to make the state more resilient in the face of storms and other adverse weather events.

Additionally, the agency will expand the Blue Acres Buyout Program with an additional investment of $50 million. The program, developed in the aftermath of Superstorm Sandy, allows the state to purchase flood-prone properties.

“One of DEP’s most important jobs is protecting people and property from flood hazards, which have worsened significantly over the last 20 years, and we must help communities get ahead of the next storm,” said LaTourette. “Our communities are tired of recovering from storms; it is time we help each other become more resilient instead.”

“This $50 million investment of federal Ida recovery funds in our nationally recognized Blue Acres program will allow homeowners in communities like Lambertville to facilitate market-rate purchases of properties which have experienced repetitive flood losses,” said Murphy, speaking in the town he referenced to announce the funding.

The Blue Acres Buyout Program was initially funded via $300 million in federal disaster recovery funds in 2013 under the Christie Administration.

“Helping families relocate and turning these properties into open space will allow more flood waters to be absorbed or diverted so that we don’t see the kinds of catastrophic losses we did during Tropical Storm Ida,” continued Murphy.

A Focus on Mitigating Climate Change

Rep. Tom Malinowski, who also visited Lambertville to announce the funding awards, argued climate change was a real threat and “not something that you read about in a scientific paper.”

“Climate change is four feet of water in your basement. Climate change is a little stream – and I’ve got one in my backyard – that turns into the Mississippi River in a matter of hours, forcing you to evacuate and perhaps give up the home in which you’ve lived for generations,” he said.

Malinowski credited the Biden Administration with offering assistance to disaster areas, but argued that funds like these amounted to nothing more than a band-aid, and more proactive measures were required.

“What we need in the medium term are real investments in the kind of flood control engineering that will protect families and communities from this kind of devastation in the future,” he said.