Former running mates Davis and Ashe-Nadrowski face off in Bayonne 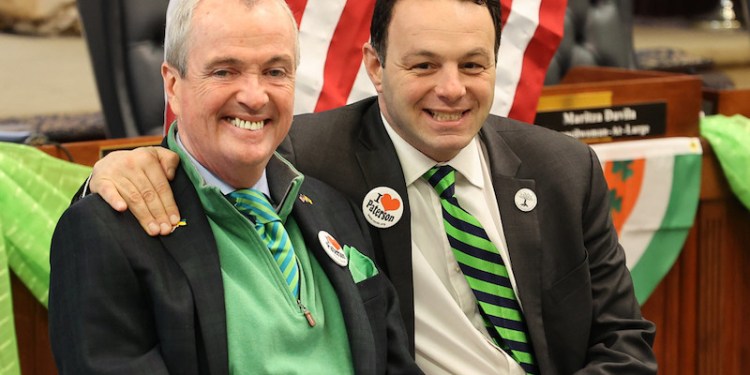 Three of the largest cities in North Jersey will hold non-partisan elections the second Tuesday of May.

Races in Bayonne, Newark and Paterson are the headliners for the eight municipalities in the North-JerseyNews.com coverage area that will have voters going to the polls May 10 to decide who will lead their hometowns. The three cities have nonpartisan mayoral as well as council elections.

One of the more hotly contested races is the race for Paterson mayor, where how to combat crime and leading the city post-COVID has received as much attention as who is or isn’t on the ballot.

Paterson Mayor André Sayegh, after decisively winning the mayor’s office in 2018, is running for re-election amid a field of five packed with current or past council members. Challenging him are current Councilmen Michael Jackson, Alex Mendez—both under indictment for election fraud— and Luis Velez. Former councilman Alson Goow rounds out the ballot.

Not running is former mayor Joey Torres, whose attempt to get on the ballot was denied due to a conviction on fraud charge while he ran Silk City that barred him from serving in public office again. Additionally, bids were mounted by those affiliated with Sayegh to knock Mendez and Goow off the ballot due to the validity of nominating signatures and resident issues, respectively, but were unsuccessful.

A poll conducted by TargetSmart early last month showed Sayegh leading his rivals by a comfortable margin. The total returns for the five-man race should respondents backing the incumbent mayor at 47%, with Mendez second at 20%, Jackson taking 9%, Velez 5%, and Goow 2%. Mendez finished second behind Sayegh in 2018.

Besides the mayoral race, voters will have a choice of 10 Paterson residents to fill three at-large city council seats. A new member will be selected as Flavio Rivera choose not see seek re-election.

In Newark, Mayor Ras Baraka faces two opponents in his race to for a third consecutive term: West Ward district leader Sheila Montague and left-wing activist Anthony Diaz.  Baraka is expected to win in a landslide.

But the East, South, and North Wards races offer a little more intrigue.

While Hudson County has three races this Spring, the spotlight has shone brightest on the battle to run Bayonne.

Mayor Jimmy Davis is running for a third term, being challenged by City Council President Sharon Ashe-Nadrowski. Doctor and lawyer Mitchell Brown is on the ballot as well.

In past elections, Davis and Ashe-Nadrowski were allies running on the same slate. But the race is the latest example of Davis separating himself from a former political ally—Davis backed Assemblyman William Sampson (D-31) over incumbent Nicholas Chiaravalloti in the 2021 election primary and councilmember Sal Gullace decided to not run this year after not being asked to run on the Davis team as he had done in previous elections.

Mayor and State Sen. Brian Stack (D-33), will attempt to secure a sixth term this year, running on a ticket with Lucio Fernandez, Wendy Grullon, Maryury Martinetti, and Celin Valdivia.

To the east, Weehawken Mayor Richard Turner is seeking a 10th term. Turner is running with incumbents David Curtis in an at-large seat  Councilwoman Carmela Silvestri-Ehret in the First Ward and Councilwoman Rosemary Lavagnino in the Second ward. Robert Sosa is seeking to reclaim his seat in the Third Ward to replace Raul Gonzalez, who is not seeking re-election.

Other elections being held on May 10 include two seats in Ridgewood, all five members of the Teterboro council as well as three seats in Newton.