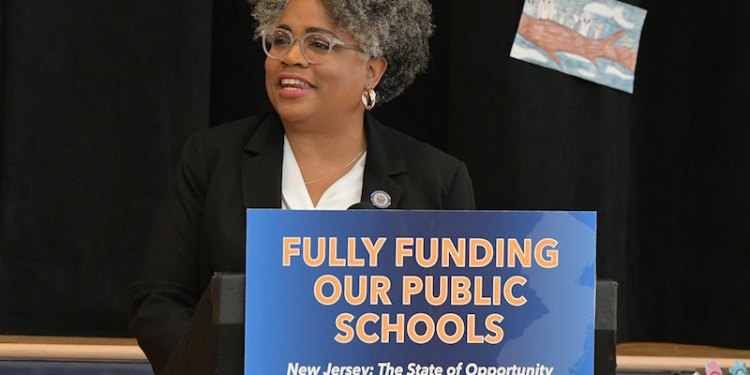 State Sen. Holly Schepisi (R-39) said certain New Jersey Board of Education members and its commissioner were being “disingenuous” after they didn’t act this week to change new state standards on health and sex education.

At issue were the comments made by Acting Education Commissioner Angelica Allen-McMillan that local school boards are tasked with creating curricula based on the standards, including considering public input when doing so.

Schepisi responded that the “The Acting Commissioner of Education and certain State Board of Education members are being completely disingenuous when they say there’s no issue and it’s up to school districts to decide how to teach sex education.”

At issue are health and sex ed standards that the New Jersey Department of Education adopted in June 2020. Republican lawmakers contend that the standards delve into a range of sex and sexuality-related topics before children reach appropriate ages for learning about them.

Additionally, they say that state officials adopted the standards at a time when public focus was diverted to the coronavirus pandemic and thus the standards never received full scrutiny.

In response, Gov. Phil Murphy has directed the state’s Department of Education to review the standards “and provide further clarification on what age-appropriate guidelines look like for our students.” Additionally, the governor said the learning standards have been “intentionally misrepresented by some politicians seeking to divide and score political points.”

Allen-McMillan picked up on the assertion by Democrats that the GOP is using the issue for political gain, saying she “wholeheartedly disagrees” with critics who oppose the new standards.

“It is a disservice and actively harmful to deny our students medically accurate, age- and developmentally appropriate information about their bodies, and about the personal and interpersonal relationships that shape childhood, adolescence, and young adulthood,” Allen-McMillan said.

The acting commissioner stated that many critics of the new standards are “misguided or misinformed,” reminding board members the state merely sets guidelines for what concepts students should know and when.

Schepisi touched off much of the controversy over the 2020 revised standards when her April 5 Facebook post expressing concerns over the standards went viral. “I truly think New Jersey has lost its damn mind,” she wrote, after clicking on links included in sample lesson plans. The sample curriculum Schepisi viewed was drafted by Washington, D.C.-based Advocates for Youth. She called the curriculum “totally age-inappropriate and highly sexualized.”

After the board meeting, the North Jersey lawmaker said the state board and supporters  were “well aware when they passed the new mandates under the cover of COVID in June 2020, their own resolution states that every school district SHALL adopt in full the standards they set forth. School districts do not have a real choice on sex education as evidenced by the curriculum mandates imposed on them by unelected bureaucrats in Trenton.”

Schepisi noted that the outreach lawmakers have received from superintendents, teachers, board of education members and parents, “it’s clear they feel completely blindsided” by the new requirements.

“This occurred with no transparency and well before educators, parents and local school boards had a say,” the state senators said. “The State Board of Education is far from a model of transparency or accessibility and that is likely by design to keep concerned parents from having their voices heard.”

Schepisi applauded the four State Board of Education members who urged Allen-McMillan to remove “some of the more controversial and graphic language” in the standards as well to convene a committee of experts, educators, parents, and others to examine the new standards “for some potential adjustments.”

“(They) stood up for parents and requested the State and their own Board revisit this issue. Unfortunately their voices, like most parents’ voices, were not heard,” she said.

North-JerseyNews.com Roundup for May 6, 2022