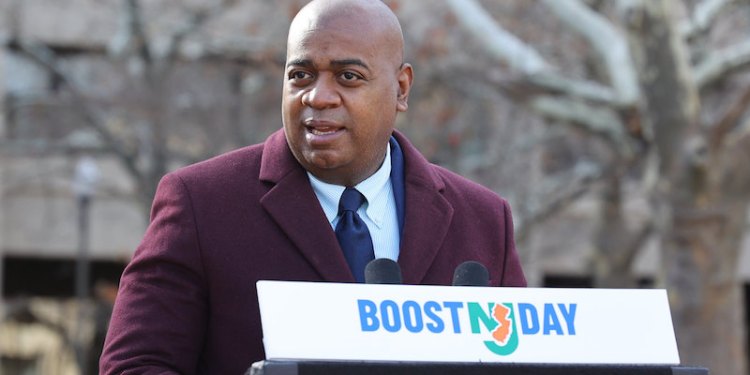 Three of North Jersey’s largest cities returned the current office holder back to office on May 10 in non-partisan elections that had lower voter turnouts from previous years.

Paterson Mayor André Sayegh was elected to a second term, receiving the most votes in a field of five in a bitter race that was highlighted by who was and wasn’t eligible to be on the ballot. Sayegh leads Councilman Alex Mendez by a 48-27% margin in the election for New Jersey’s third-largest city. Councilman Michael Jackson, Councilman Luis Velez, and former Councilman Aslan Goow trailed the top two vote getters.

Sayegh was seen as the favorite heading into this year’s election, with endorsements from many key Democratic players like Gov. Phil Murphy, Rep. (and former Paterson Mayor) Bill Pascrell and both U.S. Senators, Cory Booker and Bob Menendez. The contest between Sayegh and Mendez was a repeat from four years earlier, when Sayegh won with 41% of the vote and Mendez finished in second with 22%.

In New Jersey’s largest city, Newark Mayor Ras Baraka won a third term in office by defeating challenger Sheila Montague. If the by 83-17% margin was to hold after all votes are counted, it would  be the largest margin of victory for a Newark mayoral candidate since the city began holding direct elections for mayor in 1954.

For the rest of Team Baraka, results from election night show one winning, one losing, and two likely headed to a runoff. ​​Central Ward Councilwoman LaMonica McIver won outright over challenger Shawn McCray in the Central Ward 65-35% in a rematch from 2018 that saw McIver win a runoff election 56-43%.

In the East Ward, Michael Silva, the choice of retiring incumbent Augusto Amador and Assemblywoman Eliana Pintor Marin (D-29), narrowly leads 2018 candidate Anthony Campos 36-34%, which will trigger a runoff election in June. Jonathan Seabra is in third with 16% of the vote, and Baraka-backed Louis Weber with 14%.

Baraka’s choice in the West Ward, rapper Dupré Kelly, is headed to a runoff against attorney Chigozie Onyema. Kelly has 38% of the vote to Onyema’s 30%; former South Ward Councilman Oscar James is in third at 13% in the contest to succeed Councilman Joseph McCallum who was charged with wire fraud in October 2020.

The race to replace South Ward Councilman John Sharpe James will result in a runoff after Pat Council, the mayor’s choice, has 46% of the vote to second-place finisher Terrance Bankston’s 18% but not surpassing the 50% threshold to avoid another race.

While Sayegh and Baraka victories were clear cut, the race in Bayonne was close enough that the second place finisher said she was waiting for all votes to be counted before conceding.

Incumbent Mayor Jimmy Davis leads Council President Sharon Ashe-Nadrowski in the race of who will be the mayor of Bayonne, with Ashe-Nadrowski holding out hope outstanding ballots could push Davis below the 50% threshold to force a runoff.

Davis currently has 4,863 votes to Ashe-Nadrowski’s 4,084, a 51-43% margin are polls closed Election night. Left to count are over 250 provisional ballots and an unknown number of vote-by-mail. A third candidate, Mitchell Brown, received 616 votes and 6% of the vote.

Davis was running for a third term in a contest where he was facing former running mate Ashe-Nadrowski. But the race is the latest example of Davis separating himself from a former political ally—Davis backed Assemblyman William Sampson (D-31) over incumbent Nicholas Chiaravalloti in the 2021 election primary and councilmember Sal Gullace decided to not run this year after not being asked to run on the Davis team as he had done in previous elections.

Beyond the mayoral race, the five members of Davis’ council slate are leading their races as well with three in the same holding pattern as the mayoral contest. Third  Ward Councilman Gary LaPelusa  cruised to a victory over Maria Valado 63-25% and retired police officer Loyad Booker is on his way to winning 25% of the vote in a six-way race for two at-large seats that will make him Bayonne’s first-ever Black councilman.

Davis backed Councilman Juan Perez, has a narrower lead for the second seat with 21% of the vote; Ashe-Nadrowski running mates Jodi Casais and Kim “KT” Torello have 20% and 16%. Two independent candidates, Dennis Wilbeck and Carissa Lintao, have 15% and 3%.

In the 1st Ward and 2nd Ward, the races are closer but with candidates on the Davis slate ahead. Councilman Neil Carroll leads Julie Sanchez Lynch 59-41%, and  Jacqueline Weimmer has a 54-46% lead over George Vinc.

In other Hudson County races, Union City and Weehawken held races where there  was no opposition to the entrenched incumbents. Union City Mayor Brian Stack won re-election alongside his slate of four incumbent commissioners: Wendy Grullon, Maryury Martinetti, Lucio Fernandez, and Celin Valdivia.

Weehawken Mayor Richard Turner and his teams of Councilmembers Robert Sosa, Carmela Silvestri-Ehret, Rosemary Lavagnino, and David Curtis were elected. Turner, mayor of Weehawken for 32 years, is technically elected as an at-large council member and hasn’t faced a full slate of opponents since 2002.