GOP objects to language they see as including boys bathrooms 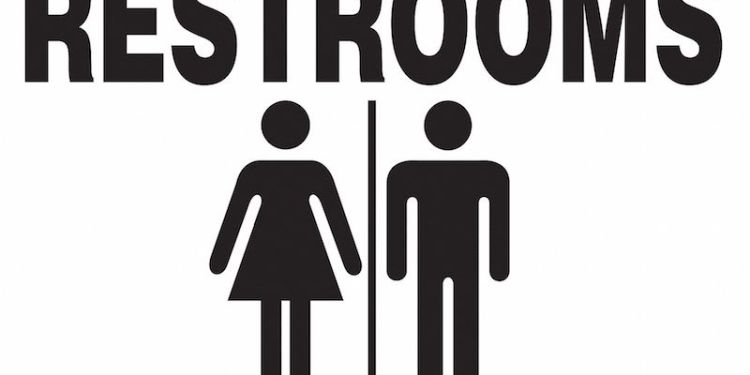 The controversy over a bill that provided transparency at the local school board regarding health and sexual education standards was not the only one that saw a clash between state senators in regards the to role of schools and sexual health.

“No child should miss valuable class time due to lack of access to menstrual products,” said Ruiz in a press statement. “This legislation will keep students in the classroom by making supplies readily available to those who need them. We must do all that we can to provide equitable education opportunities across the state and this policy will bring us one step closer to that goal.”

“No student should be left to choose between buying lunch or buying menstrual products, or worse, missing school entirely because they cannot afford them,” said Gopal. “By requiring that these products be available to all of our students we can help to keep more children in the classroom, especially in our low-income communities.”

While not against ensuring easier access to menstrual products in schools, the phrasing of “all school bathrooms” produced objections by Republicans and one Democrat who wanted more clarity.

State Sen. Michael Doherty (R-23) called for amendments to clarify that legislation would not require feminine hygiene products to be made available in boys’ bathrooms in New Jersey schools.

“It’s absolutely nuts that nobody could tell us in committee today if the proposed bill applies only to girls’ bathrooms,” said Doherty. “We have an unanswered question about whether this is going to go in the boys’ rooms? Feminine hygiene products? There’s a full-fledged assault now on families, people of faith. God made man and woman, that’s it.”

The Republican lawmaker added it would be an “immense” waste of money, predicting it would lead to vandalism that could be quite costly to repair.

“It would be completely and utterly ridiculous to force New Jersey schools to make tampons and sanitary napkins available in boys’ bathrooms,” said Doherty. “The sponsors should accept reasonable amendments to make clear that the legislation applies to girls’ rooms only.”

The bill passed by a 3-2 margin along party lines but State Sen. Shirley Turner (D-15) in her vote offered that she would want the issues about boy’s bathrooms addressed before voting on the bill in the full Senate.

After the committee meeting, Gopal said he and Ruiz would consider critics’ concerns and “try to get clarity before it moves forward.”

The bill came in the same session the State Senate Education Committee passed a bill that requires local school boards to post online their health and sexual education curriculum this Summer before any classroom discussion this Fall. New Jersey’s updated standards were adopted by the state Board of Education in June 2020 that outline when students should learn about topics such as sexual orientation, gender identity, and anatomy. But since the beginning of April, GOP lawmakers, conservative advocacy groups and some parents have claimed the standards go too far with topics that should be up to families to discuss.

Those testifying to the committee for over two hours seemed more concerned about expressing what would be taught than the actual bill that would allow them to review the material that will make its way to the classroom this upcoming school year.

Gopal throughout the hearing tried to keep those offering testimony and GOP lawmakers on topic, at times patiently and other times expasterted by critics who claimed to want a clear picture of what will be taught to students.

“This bill has to do with transparency in curriculums,” Gopal said. “Something you should all want, but for whatever reason are opposed to this bill today.”