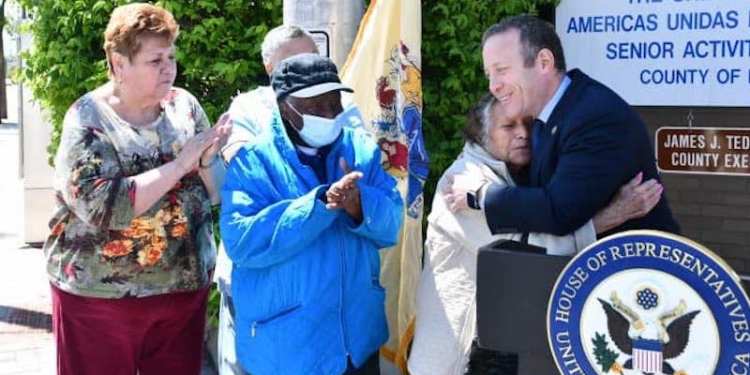 A piece of bipartisan legislation intended to protect senior citizens from financial scams was passed by the House of Representatives.

The Empowering States to Protect Seniors from Bad Actors Act, championed by Rep. Josh Gottheimer, passed in a 371 to 48 vote.

The bill will create a new Senior Investor Protection Grant Program under the authority of the Securities and Exchange Commission (SEC), and will support state enforcement agencies and task forces tasked with protecting seniors’ finances.

The bill will invest $10 million annually to hire additional investigative staff at the SEC. Additionally, it will allow for investments in new technology, equipment and law enforcement, as well as education programs for seniors regarding financial scams.

“Millions of seniors across the country, including my own mother, have been the victims of financial scams, and far too many have been cheated out of their retirement savings,” said Gottheimer, who serves as a member of the House Financial Services Committee. “Seniors need a cop on the beat, and my bipartisan bill which the House passed…will take concrete action to ensure protections are in place.”

The bill as part of Gottheimer’s new Senior Security Strategy designed to help protect older Americans from getting scammed out of their savings.

“Our seniors should be spending time with their kids, grandkids, and friends — not staying up late at night worrying about whether someone is preying on their retirement nest egg. Seniors need a cop on the beat and we’re here today to do something about it,” he said.

Senior scams can cost older Americans as much as $3 billion per year, and often cause harm and anxiety for the demographics. In 2020, seven million Americans reported being the victim of financial exploitation, and more than 16,000 taxpayers have lost more than $83 million total from scammers impersonating the IRS.

“It is absolutely heartbreaking to hear — day in and day out — how fraudsters and hucksters have gone after our seniors’ hard-earned savings,” he said. “No senior, especially here in New Jersey, should ever have to worry that picking up the phone could mean being scammed out of thousands of dollars. Unfortunately, for too many members of our communities, that’s exactly what is happening.”

Gottheimer shared statistics showing only one in 24 cases of elder exploitation was actually prosecuted.

Additionally, Gottheimer instends to ask the FCC which phone companies have and have not yet implemented anti-robocall technology required by the bipartisan TRACED Act, which he helped pass into law. Gottheimer is urging the FCC to take immediate action against non-compliant phone companies that missed last year’s deadline for large carriers and still have not fully implemented new robocall-fighting technology.

“Why should these companies get a pass? We don’t get a pass when the phone companies ask us to pay our phone bills,” he said. “If we don’t, they shut off service. It’s time that the FCC takes action against these non-compliant companies, so that we can tackle the endless robocalls.”