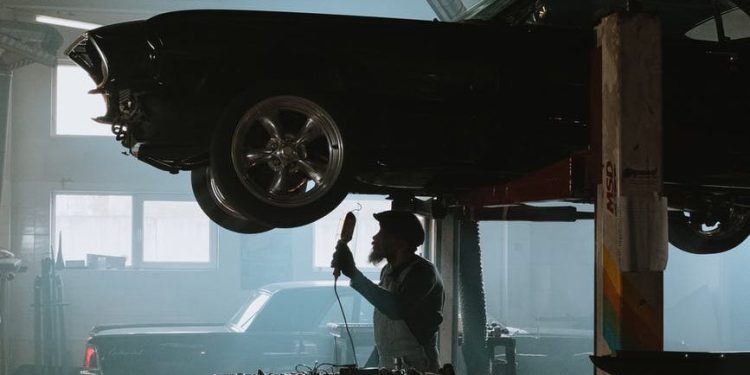 Acting Attorney General Matthew J. Platkin announced that eight defendants were indicted May 6 on second-degree conspiracy and other charges connected to a Paterson “chop shop” that took stolen vehicles and striped them for parts.

The indictments were charges in a joint investigation headed up by the New Jersey State Police (NJSP) and the New Jersey Motor Vehicle Commission (MVC).

The defendants were charged with conspiring in criminal activities tied to the chop shop between January 5, 2020 and June 5, 2020.

The alleged operators the shop, which included both Colemans and Gray, were charged with second-degree operation of a facility for the sale of stolen automobile parts.

During the investigation, officers and MVC found a red Dodge Caravan with an altered vehicle identification number (VIN) which had been reported stolen in Paterson in 2019. Four additional vehicles were found at the facility.

“These eight arrests highlight our commitment to stopping auto thefts and the network of illegal chop shops who support criminals profiting from these crimes.” said Colonel Patrick J. Callahan, Superintendent of the New Jersey State Police said in a press statement announcing the arrests. “With the additional resources the New Jersey State Police and Attorney General’s Office are allocating to this problem, and the increased partnerships with law enforcement throughout the state, we will make a difference in our communities to reduce this growing trend.”

The state has been increasing enforcement amid a spike in car thefts around New Jersey, with Platkin announcing recently that the Auto Theft Task Force would be expanded via additional detectives, prosecutors, and partnerships with police departments across the state.

“We’re targeting all criminal activity tied to auto theft in New Jersey, including putting an end to chop shops that serve as underground markets for stolen vehicles,” said Platkin. “Shutting down these illegal operations not only disrupts the larger stolen auto network, it cuts off a major source of income often used to carry out other criminal activities in New Jersey.”

Additionally, Platkin was joined by Gov. Phil Murphy in announcing a ten million dollar investment in the Automated License Plate Recognition network to quickly identify suspects and patterns in auto thefts to help prevent them in the first place.