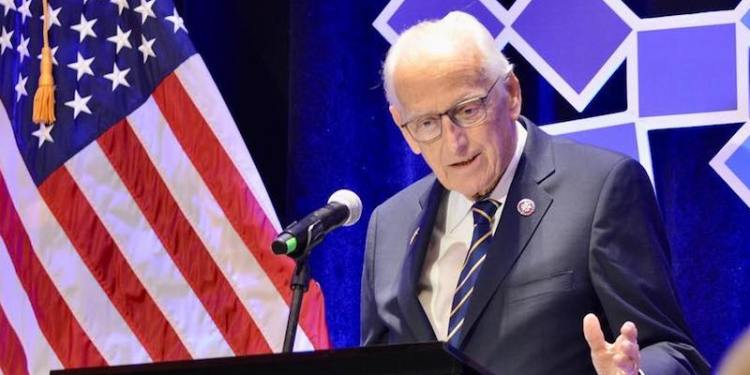 North Jersey lawmakers—in Washington and Trenton—decried the stance of the opposition party when it comes to their actions when it comes for a woman’s right to choose.

But what they are mad about is different. State lawmakers are displeased with Gov. Phil Murphy’s pledged to improve access to allow a woman to have an abortion. But federal officials blamed Republican Senators for a failed vote to codify the Roe v Wade precedent as law.

Inside the Garden State, State Senate and Assembly leadership came out against Murphy’s pledged to to secure abortion rights and bolster access to reproductive healthcare in New Jersey. The governor said he will seek legislation that will protect and expand coverage as well as  protect medical providers and patients who provide or receive abortion care in New Jersey from legal retaliation by states who have outlawed or restricted abortion.

For State Senate Minority Leader Steve Oroho (R-24), this is the latest example of policies that  are way to the left of the mainstream New Jersey family.

“Governor Murphy’s radical proposal calls for free abortions with no limits right up to birth, and he wants struggling New Jersey families to pay for abortions for everyone through even higher taxes and health care premiums,” said Oroho. “His plan to codify that non-doctors can perform the highly invasive procedure of an abortion is just reckless and unsafe for women.”

The Sussex County lawmaker linked abortion with the fight underway in New Jersey about new health and sex education standards set to go into effect this Fall.

“Along with the extreme new sex education mandates they are forcing on our children, this is another example of New Jersey Democrats taking a radical approach that is far out of line with what most families believe is reasonable,” opined Oroho.

“First of all, allowing abortions up until birth is a heinous stance to take. Now, Murphy is hastily pushing legislation that was rejected by members of his own party last year because it was too extreme,” said DiMaio. “And he wants taxpayers to foot the bill for that very legislation. If the U.S. Supreme Court hands down a decision it will have no impact on New Jersey. Murphy is fighting windmills.”

Fighting windmills is how House Democrats have felt since January 2021 in passing legislation that receives no action is a divided U.S. Senate. The abortion issue is no exception after a unified Senate Republican opposition along with Sen. Joe Manchin (D-WV) deferated the Women’s Health Protection Act that would codify Roe v Wade.

“A woman’s health care must be guided solely by her own decisions in private consultation with her doctor. No judges or politicians should have their hands on a woman’s bodily decisions,” said Pascrell. “Republicans’ unified blockade of this policy supported by a supermajority of Americans is radical, extremist, and just plain wrong.”

Pascrell noted at least 22 states are finalizing laws to criminalize a woman’s control of her own body.

“The imminent Supreme Court decision that could end Roe v. Wade will endanger the health of millions American women, especially women of color and impoverished women,” said the former Paterson Mayor. “Outcomes that threaten women’s health care and would lead to criminal charges against women and medical providers are unacceptable in a civilized society.”

Rep. Tom Malinowski, who has looked to make the issue front and center in his re-election campaign, reiterated Republicans have made clear that, given the opportunity, they will pass a national ban on abortion.

“Senate Republicans blocked legislation to enshrine Roe v. Wade into law – legislation we passed in the House last Fall and that the overwhelming majority of Americans support,” said Malinowski. “This filibuster represents another step in a decades-long effort to restrict women’s fundamental, constitutional freedoms, but it is not the final one.”

The North Jersey Congressman spotlighted abortion as just the last issue that calls out for reform of the filibuster in the upper chamber.

“(This) is another example of how our modern filibuster prohibits us from doing the work of the American people,” he said. “ We must reform the filibuster to preserve the voice of the majority of Americans that want to see 50 years of settled law protected.”

The need for reform comes as Malinowski warned those wanting to end unwanted pregnancies and those who perform them could face jail time.

“States across the country are already threatening to mandate pregnancies for victims of rape and incest, and to punish women for crossing state lines to seek necessary health care,” he said. “In much of the country, women and their doctors will face criminal prosecution for abortion services, even when a woman’s life is at risk.”

“We cannot go back to the time when women risked their lives for underground abortions.”