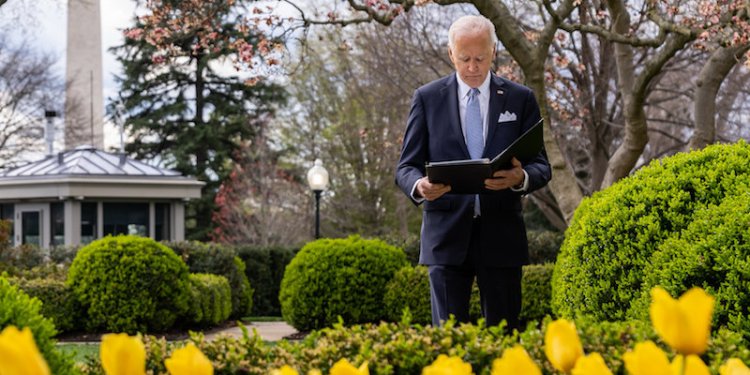 Only 38% of Americans approve of the job President Joe Biden is doing, according to the latest Fairleigh Dickinson University (FDU) Poll.

Of note, the President seems to be suffering from “Green Lanternism,” a term coined by political scientists referring to the DC Comics superhero whose power is limited only by his willpower.

Many Americans tend to believe the role of President has a direct impact on inflation, gas prices, and more. The FDU nationwide survey argued President Biden will need to convince Americans he cannot get very much done in order to improve his ratings.

Even Split on Americans’ Impressions

The results found 45% thought the President was limited in his ability to affect change, while 47% thought he could do more if he tried.

Fix it and Fix it Now

“Americans want someone to fix things. The President is someone, so they want him to fix things,” said Dan Cassino, a Professor of Government and Politics at Fairleigh Dickinson University and the Director of the Poll. “The problem is that there just isn’t a lot that any President can actually do about most of these issues.”

Of those who believed Biden was limited in what he could do, 70% approved of him; in contrast, 67% of those who disapproved said he could do more if he really tried.

Only 28% of Republicans noted the President’s power was limited by structural factors, and this sub-group was much more likely to support Biden (26% vs. 6%).

Meanwhile, 65% of Democrats argued the president was limited by structural factors. Eighty-five percent of those Democrats supported the Presiden.

“To get his approval ratings up, Biden needs to convince both sides that he simply can’t get very much done,” said Cassino. “But trying to tell people that he can’t actually do anything isn’t much of a campaign message.”

The survey asked about Presidential power regarding inflation, healthcare costs, and disagreement between the political parties.

Sixty-two percent of Americans believed the President had “some” or “a lot” of control over inflation, including 50% of Democrats and 77% of Republicans.

“Figures like these have scholars of the Presidency pulling their hair out,” said Cassino. “Inflation right now is a global problem: there’s nothing the President of the U.S. can do about it, but Americans are expecting him to do something.”