Calls blockage of the bill a ‘sad moment...unabashed hypocrisy’ 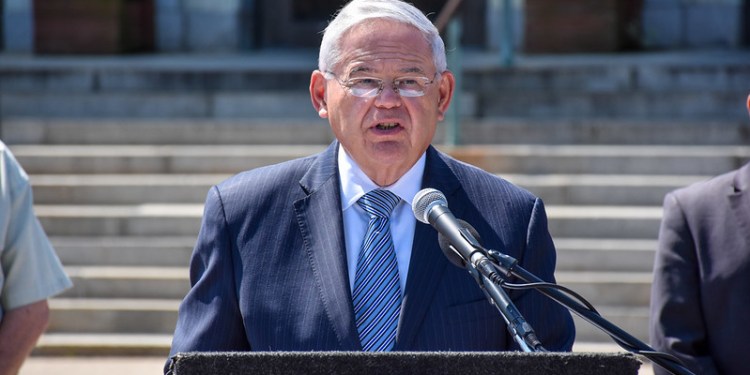 Sen. Bob Menendez didn’t mince words when he responded to Sen. Rand Paul’s decision to object to the passage of the Daniel Anderl Judicial Security and Privacy Act of 2021, which would shield private information of federal judges.

“It is a sad moment that, by not supporting this bill today, judges and their family members around the country will continue to be at risk from those who would do them harm. However, today’s objection reveals to the American people my colleagues’ unabashed hypocrisy,” Menendez said.

Menendez was seeking unanimous passage of the bipartisan and bicameral bill on May 12; the legislation passed the Senate Judiciary Committee with zero opposition.

“In one breath, my Republicans colleagues will wax eloquent about the need to protect family members of Supreme Court Justices. But in the next, they will block passage of a common sense, bipartisan bill that will help achieve that goal for the entire federal bench,” said New Jersey’s senior senator. “Using the security of judges as a political messaging tool is abhorrent.”

The bill would work to limit the amount of public information available about federal judges, prohibiting publicly posting judges’ personally identifiable information, and would apply to active, senior, recalled, and retired federal judges, and their immediate families.

Success in the Senate

The bill, which was co-authored by Sen. Cory Booker, garnered bipartisan support in the Senate, and was passed by the Senate Judiciary Committee in December 2021.

“No one who takes on the responsibility of serving as a federal judge should ever live in fear of being targeted by someone who is able to easily access their personal information online. I’m disappointed that the Daniel Anderl Judicial Security and Privacy Act failed to advance in the Senate today, but I will continue the fight to protect the privacy and safety of federal judges and their loved ones,” said Booker.

The act was named after Daniel Anderl, the son of U.S. District Court Judge Esther Salas who was slain in July 2020. The attacker, who posed as a delivery driver, also critically wounded Salas’ husband, Mark Anderl.

“My husband and I thank the Senate Judiciary Committee from our hearts,” Judge Salas said at the time. “Daniel’s death showed tragically that threats against federal judges are real, and they have dire consequences.

“I urge Congress to follow the committee’s lead and ensure that judges can perform their duties without fear, for themselves or their families.”

“I celebrate Judge Esther Salas and her husband, Mark, who have turned unimaginable grief into tireless advocacy and action to ensure that what happened to their son and their family never happens again. I know their efforts will ultimately succeed,” concluded Booker.

Paul objected to the bill, as he did with another version introduced in December 2020. He argued he supported the outline of the bill, but wanted protections for members of Congress, as well.

Menendez was attempting to get the bill quickly passed on unanimous consent, but a single Senators can upend this legislative process.