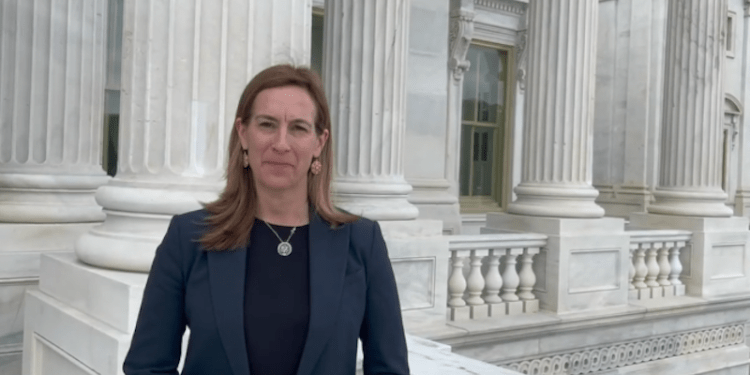 The fight to remove the cap for state and local taxes (SALT) continues for three North Jersey members of the House.

There appropriations request letter urges the committee to include language in FY 2023 Appropriations legislation that prohibits the IRS from putting restrictions on state governments that would block them from delivering SALT relief.

The Democratic lawmakers say the language would provide millions of middle class families with the ability to reduce their tax burden after being unfairly targeted by the 2017 tax law.

“By providing SALT relief to taxpayers, we can strengthen economic growth in our communities, boost state and local investments in key public services such as K-12 education and law enforcement, and reduce distortions in our tax code,” the representatives proclaim in their letter.

“The cap of our SALT deduction (from then-President Donald) Trump’s tax law imposed a double-taxation on New Jersey families and billions of dollars in additional costs on taxpayers in my district, and has made it more difficult for our towns and counties to invest in critical services such as our schools and first responders,” said Sherrill, the lead signatory on the letter.

“Our provision will cut red tape and allow states to enact innovative policies that deliver much-needed relief to families in New Jersey and nationwide. I am committed to real tax relief that invests in economic growth and cuts taxes for middle class families in NJ-11.”

At issue is what lawmakers contended was the GOP’s Tax Cuts and Jobs Act of 2017 that targeted Blue States resulting in a double tax and one of the largest marriage penalties in the tax code through its capping of the SALT deduction.

“President Trump manipulated our tax code for partisan purposes—to punish states that didn’t vote for him,” Porter said. “As federal lawmakers, we shouldn’t stand in the way of states showing leadership to help Americans in high-cost areas while maintaining critical investments in schools, first responders, and public health programs. I am proud…to push for this small step to restore fairness to our tax code, as we continue our work for more robust legislative relief.”

In response to the GOP bill, states developed policies to provide relief to taxpayers, including expanding access to the federal charitable deduction and helping small business owners to continue deducting their full SALT at the entity level.

However, the IRS in 2019 issued regulatory guidance restricting states from implementing these initiatives with the letter explaining “the IRS…reduced the amount of the federal deduction that a taxpayer can claim by contributing to one of these charitable funds. The result of this guidance was to eliminate the ability of families to receive this relief from the SALT deduction cap, a critical issue for districts like ours where a large percentage of taxpayers claimed the SALT deduction prior to 2018.”

“Congress didn’t give the IRS permission to interpret the tax law as they see fit, which they’ve done by dismantling the charitable tax deduction,” said Gottheimer, the Co-Chair of the bipartisan SALT Caucus. “We must do everything we can, including restoring the SALT deduction, to help cut taxes and make life more affordable for families and small businesses.”

The SALT Caucus has pledged not to vote for any budget that does not include the removal of the cap. Even if a deal is reached in the House, an agreement would have to be reached with members of the U.S. Senate who have in the past been cool to the idea of removing the cap.

To that end, Malinowski noted the Build Back Better Act would have fully restored the SALT deduction but was not passed by the upper chamber.

“My constituents have been asking Congress to right the wrongs of the 2017 GOP tax bill, which deliberately targeted states like New Jersey to pay for its corporate tax cuts,” said Malinowski. “And I introduced a bill to not only fully restore the deduction, but apply the raised revenue to a new vision and hearing benefit under Medicare.”

“I’ll keep fighting alongside my colleagues to restore SALT relief and bring tax fairness back to New Jersey.”