Licenses to be Issued by Police Training Commission 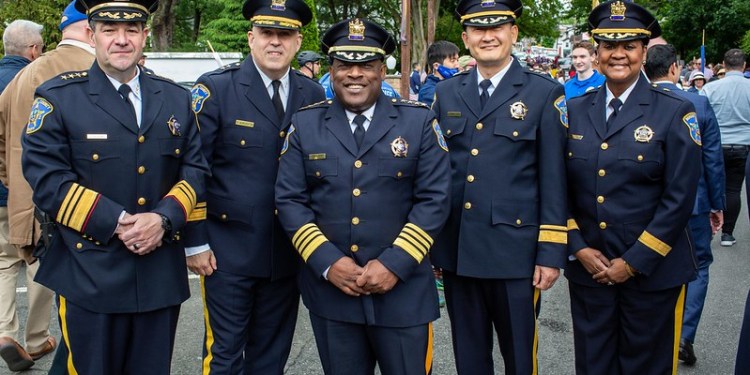 New Jersey would require all police officers across the state to be licensed under proposed legislation put forward by Gov. Phil Murphy and Acting Attorney General Matthew J. Platkin on May 18.

The new requirements would enable the Police Training Commission (PTC) to issue such licenses, and all police officers across the state would be required to hold a valid and active licenses to be employed in that capacity. More than 40 other states already employ such a program.

“These licenses should be held with honor as they show that these officers have been through rigorous training and have upheld what it means to be a law enforcement officer to the highest professional standards,” said Murphy at a press event in Cedar Grove to announce the new licensing mandate.

The governor noted that the legislation arose as part of the police reforms sought by community activists after the death of George Floyd.

Licensing Under the PTC

The PTC, formed in June 2020, was already tasked with establishing statewide enforcement standards and unanimously voted to create a statewide licensing program. Platkin said the state would create a ‘true national model” that incorporated best practices from states that had already implemented these programs.

PTC would be charged will establishing the licensure process and qualification standards for officers and applicants, and could utilize the following standards:

The bill would make licenses subject to renewal three years after issuance, and PTC would retain authority to suspend, revoke, place conditions upon, or deny licenses after a hearing. Governor-appointed public members on the PTC board would be expanded to four from two currently, as well.

Meanwhile, employing law enforcement agencies would be required to inform PTC of any separation from employment of a licensed officer, and hiring agencies must request from the PTC the reasons why an applicant was separate from prior employment.

Murphy noted the process to finding a pathway forward was not always easy in the last two year, but credited New Jersey State Policemen’s Benevolent Association (NJSPBA) President Patrick Colligan with helping to make it a reality.

Colligan, speaking at the event, said while New Jersey had the best police officers in the nation, when “one of those members tarnishes the badge, we are all tarnished, and it takes a long time to get over that.”

Calling the effort collaborative, Colligan said that it was not a bill to be feared but rather codified what was already in effect and that it would be a “good thing for law enforcement going forward.” He observed that while the Attorney General’s Office and NJSPBA were often at odds, Colligan was happy that they were able to work together to find a solution that worked for all parties involved.

Platkin observed the statewide licensure program would be “a crucial next step in strengthening community-police relationships,” a thought shared by many New Jersey legislators and officials.

Spearman added, “it is time for New Jersey to take the initiative and follow other states by implementing a licensing program for police officers to ensure transparency and accountability.