by North-JerseyNews.com
in Opinion
1 0
9 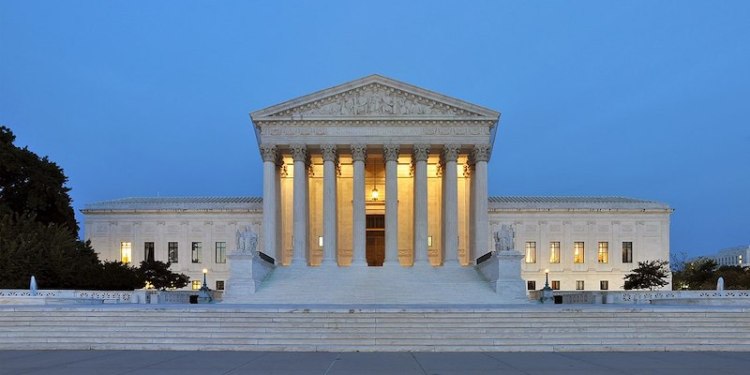 The Supreme Court is just the latest pillar in U.S. society to be viewed harshly through a partisan spectrum.

Two recent polls have shown public opinion of the Supreme Court has grown negative since the leak of a pending decision to overturn Roe v Wade. In a Monmouth poll, 52% of Americans currently disapprove of the job the court is doing while just 38% approve, down 10 points from when the question was asked in March.

As for the Jersey Shore polling outfit’s results, disapproval of the Supreme Court’s job performance has jumped among both Democrats (from 54% in March to 75% now) and independents (from 37% to 57%).

The poll was backed up by a Quinnipiac University national survey that found 69% prefer a limit on the number of years someone can serve on the U.S. Supreme Court.

“Recent public opinion of the Supreme Court has not been immune to political tribalism, but it was not nearly as polarized as other institutions” said Patrick Murray, director of the independent Monmouth University Polling Institute. “With news of a pending reversal of Roe, though, the court is now seen through the same stark partisan lens as other political players in Washington.”

For us, the view of the Supreme Court is part of a more disturbing trend in the U.S. that  threatens our way of life. The democracy we live in is built on three branches of government—courts, legislative and executive. They are supported by law enforcement, education, religious and community based outfits such as scouting and sports that are supposed to bring us together for a bigger purpose than just ourselves.

The people in the institutions named above, many of your neighbors, feel they are under attack from the public. Ask a politician, someone who works in government, a cop, a journalist, a school board member or a volunteer coach about if they would recommend someone taking on these responsibilities as compared to five or 10 years ago. We would wager most would say no in a forceful matter.

And that is an absolute shame. Those above all just want to serve their community and leave it better than how they found it (and yes, that includes politicians). Of course there will be disagreements about reforms and how to get there. But the zero-sum game we see increasingly today is undermining any progress the majority of Americans want.

This is not a Blue or Red State problem, a Democrat or Republican problem, a Liberal or Conservative problem. This is an American problem caused by the extremes of society. From a political point of view, attacks that serve no purpose are rewarded more often than those who cross party lines to pass legislation that benefits the country.

At the state level, are example goes to the new health and sex education standards. State Sen. Vin Gopal recently offered legislation and held hearings that would mandate school districts put online the curriculum so parents could review the material and opt out if they objected.

For his efforts, a robo call in his district after the bill passed the education committee included the following message:

Gopal was not holding his party’s line with his bill. He was actually responding to concerns of parents from both parties in the state, mandating more transparency so parents could know what was being taught to their children. And yet, some willful look past the facts to accuse him of trying to indoctrinate children.

This type of rhetoric and partisanship is now infecting the highest court in the land, another institution now viewed in an unfavorable light. But that is more of a reflection of us as a society than the Supreme Court (no matter how much we disagree with the seemingly majority decision disregarding 50 years of settled precedent).

The institutions in our country are not above reproach; the great advantage about our democracy is the ability to challenge and change our society’s pillars to make them better. But what we are currently doing to it is damaging, not just domestically but worldwide. It is something we all need to work on and speak out against to make our country better.