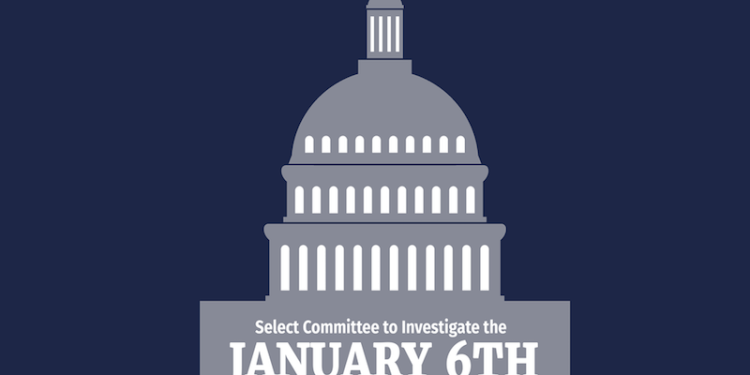 The House select committee investigating the events around the failed insurrection attempt by a mob of Trump supporters has possibly named the politician Rep. Mikie Sherrill said led a reconnaissance tour the day before Jan. 6, 2021.

The letter from the bipartisan select committee to Rep. Barry Loudermilk (R-GA) seeks his voluntary cooperation in regards to his actions inside the U.S. Capitol Jan. 5.

Sherril in a press statement said “Sadly, nothing in the January 6th Committee’s letter surprises me.”

The Navy veteran on Jan. 12, 2021, told the world that sitting members of Congress helped those planning to attack the U.S. Capitol on Jan. 6 and “intend to see that those members of Congress who had groups coming through the Capitol that I saw on Jan. 5 for reconnaissance for the next day, that incited this violent crowd, the members of Congress that attempted to help our President undermine our democracy” would be named.

In a letter on Jan. 13, 2021 to U.S. Capitol Police and the House Sergeant of Arms, Sherill said she, other lawmakers and staff members that had served in the military that were “trained to recognize suspicious activity…witnessed an extremely high number of outside groups in the complex on Jan. 5.”

“This is unusual for several reasons, including the fact that access to the Capitol Complex has been restricted since public tours ended in March of last year due to the pandemic,” the lawmakers wrote. “The tours being conducted…were a noticeable and concerning departure from the procedures in place as of March 2020 that limited the number of visitors to the Capitol. These tours were so concerning that they were reported to the Sergeant at Arms on January 5.”

Loudermilk and other GOP lawmakers have disputed the charge.

In its letter, the Jan. 6 Committee notes Republicans on the Committee on House Administration that Loudermilk serves on claimed to have reviewed security footage from the days preceding after the storming of the capitol and determined that “[t]here were no tours, no large groups, no one with MAGA hats on.”

“The Select Committee’s review of evidence directly contradicts that denial,” the letter states. “The American people deserve a full and accurate accounting of what happened on January 6th. We aim to make informed legislative recommendations taking account of all relevant facts.”

For Sherrill, she reiterated her confidence in the work of the select committee and their ongoing investigations.

“While one of the proudest days of my life was when I was sworn into office alongside my family, one of the saddest days took place on January 6th when our Capitol was attacked by Americans sent by the President of the United States,” the Morris County lawmaker stated. “I will continue to work to ensure I’m doing everything I can to shed light on the events that led to January 6th and that took place on that day so we can ensure it never happens again.”