Kris Kolluri was approved by board after nomination from Murphy, Hochul 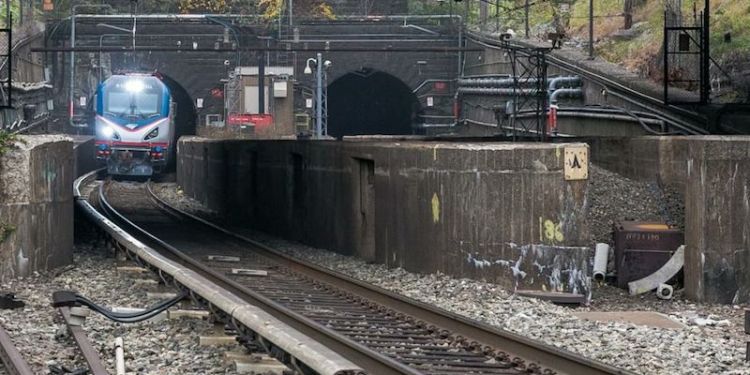 While New Jersey and New York are embroiled in a fight over the need for the Waterfront Commission of New York Harbor, the governors of their respective states were able to come together to name a new boss that will oversee the Gateway Program.

The Gateway Development Commission’s (GDC) Board approved Kris Kolluri for Chief Executive Office at its May 16 meeting after being nominated by New Jersey Gov. Phil Murphy and New York Gov. Kathy Hochul. In his role, Kolluri will lead the partnership between New York, New Jersey and Amtrak that coordinates delivery of the Gateway Program with its partner agencies, including the Port Authority of New York and New Jersey and NJ Transit.

The Gateway Program is the overall bi-state plan to redevelop the Portal North Bridge and build a new Hudson River tunnel.

“There is a clear and present opportunity and desire among federal, state, and bi-state partners to advance the Hudson Tunnel Project (HTP) and the Gateway Program,” said Kolluri in a press statement when he was nominated. “In the short term, the HTP is poised to move forward and the commission has a critical role in overseeing the successful delivery of this project.”

Both governors pointed to Kolluri’s experience as the New Jersey Department of Transportation Commissioner (DOT) from January 2006 until December 2008 in making him the choice to lead the commission at this pivotal time in moving the Gateway Program, and specifically the Hudson Tunnel Project, forward.

While at DOT, Kolluri developed a funding strategy to meet New Jersey’s contribution towards the ARC project, a nationally significant rail tunnel project that would have connected New Jersey and New York.

“Kris has years of infrastructure management and operations experience, as well as years of government experience, that will be vital as we continue working with our federal partners to get the Gateway Program fully funded and completed,” said Murphy.

In the GDC resolution to hire Kolluri, the commissioners noted he received the endorsement from the Secretary of the U.S. Department of Transportation Pete Buttigieg beside recommendation for the position from the two governors.

“We’re very gratified at the progress the Hudson Tunnel Project has made recently, and moving forward with a public process to hire a qualified, experienced leader in Kris Kolluri is another important step forward,” said New Jersey Co-Chair of the Commission Balpreet Grewal-Virk, New York Co-Chair of the Commission Steven M. Cohen, and Amtrak representative and Vice Chair of the Commission Anthony R. Coscia in a joint statement. “Once on board, GDC’s CEO will spend every day making sure the project happens, and we finally deliver 21st Century rail infrastructure into, out of and through New York.”

Kolluri is no stranger to the role the government plays in helping to build infrastructure. Besides his work at NJDOT, he was CEO of the New Jersey Schools Development Authority from December 2008 to January 2010 and specialized in redevelopment and transportation law as an attorney at Parker McCay of Marlton

“With his extensive resume, Kris Kolluri brings an extraordinary record of public service and I am confident he will serve New York and New Jersey well as Chief Executive Officer of the Gateway Development Commission,” Hochul said. “The Gateway Hudson Tunnel is critical to the Northeast corridor serving more than 800,000 passengers daily and is a key component of our plan to build back stronger than ever.”

Progress started under the Trump Administration has continued to move forward with President Joe Biden for the Gateway Project. Construction to replace the Portal North Bridge was given final approval in April. The first track on the new bridge is expected to be operational in November 2025; the second track in July 2026, with the project completed in 2027.

The Gateway Tunnel project is the planned phased expansion and renovation of the Northeast Corridor (NEC) rail line between Newark, New Jersey and New York City. The need for the Gateway Program increased after Hurricane Sandy damaged the existing North River tunnels. The project was formally approved by the federal government in May 2021 and final regulatory approval was given that December, with work to commence in 2023.