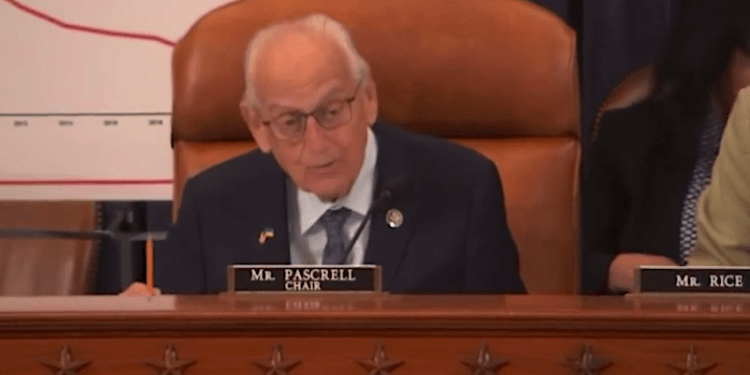 Rep. Bill Pascrell wants the Internal Revenue Service (IRS) to do its job and do it better—and pinned part of the blame for its failures on the policies of the opposing party.

“The findings by the GAO on IRS auditing rates are another five-alarm fire bell for our national tax system,” said Pascrell. “Over the last decade, accountability for the wealthiest tax cheats has plummeted so far it almost hits the floor.”

“I worry well-off taxpayers are not going to be pursued at the rate things are going,” he said. “Make no mistake: these trends are the logical result of Republican policies to gut tax enforcement in America so the wealthy can avoid paying their fair share.”

The report is a result of Pascrell requesting in October 2020 GAO analyze individual taxpayer examinations over the last 10 years by income levels. Among the finding were:

“Americans’ confidence in their tax system will itself continue to collapse so long as the rich do whatever they want,” stated Pascrell. “Building a truly fair system demands fixing the IRS so it can hold rich tax cheats accountable. Creating tax fairness is essential for our economy and for American democracy.”

During a hearing on the subject May 18, the Paterson native argued there cannot be one tax system for the wealthy and another for everyone else, showing some of the ways in which millionaires and billionaires have vastly different experiences with the IRS than average Americans. Additionally, he listed a series of issues that must be addressed by the tax collecting agency.

“We have heard reports about return backlogs in the tens of millions. We have uncovered erroneous notices being mailed to taxpayers. We have learned about millions of taxpayers calling the IRS only to receive no answer from the agency,” he said. “You don’t have to be Lieutenant Columbo to see that the IRS has major problems. These IRS failures cannot continue.”

The congressman was not accepting the justification from the agency’s leadership that its auditing record was a result of staff limitations brought on after “Republicans have spent a decade slashing IRS funding to sabotage tax enforcement against the rich.”

“Too many decisions at the IRS involve looking at what can be done rather than what should be done,” he said. “Low-income families should not face the consequences of the IRS’s funding problems while the rich get off scot-free.”

Pascrell added that “Deliberate sabotage of the IRS has created an agency that cannot process returns, cannot correspond with taxpayers quickly, and cannot even answer telephone calls for help—which is a disaster even admitted to by the IRS. This IRS is failing to modernize and prepare for the future.”

The Passaic County lawmaker said he would support more funding for the agency but that “but the IRS must do more to improve its operations—to eliminate backlogs, answer more telephone calls, and to improve audit selection. These are the absolute basics and there is no excuse when you fail the basics.”