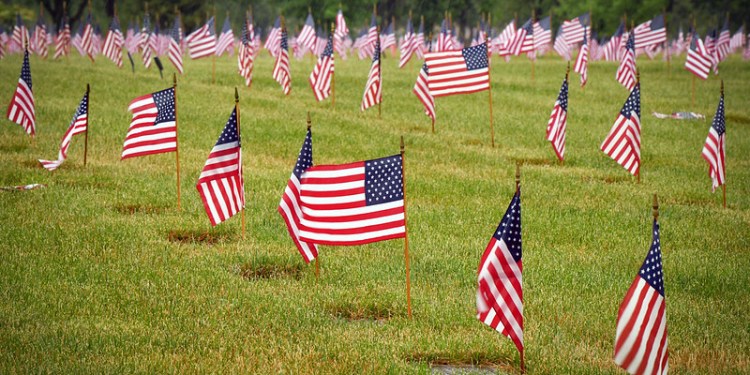 Memorial Day is a day as a nation that we remember the fallen, many at a young age, who died while serving our country.

But this weekend, Americans thoughts will be on another group of young people who lost their lives in a battle they did not choose or were drafted into. It is a generation who have never gone to school that does not include a drill for an active shooter, huddling in corners and are told to stay quiet for fear of alerting an armed stranger in body armor who is hunting them with an automatic weapon that allows even novice shooters to fire dozens of rounds within seconds.

Sen. Chris Murphy (D-CT) spoke for many in the nation when he asked “What are we doing?” on the U.S. Senate floor on the day an 18 year old high school student killed 19 students and two teachers at Robb Elementary school in West Texas. The shooting comes 10 days after a different 18 year old searched out and killed 10 Black people at a Buffalo supermarket, including the armed security guard.

We as a nation have a gun problem that no other nation on Earth has. Yes, we have a mental health problem fueled by social media and we are willing to hear out the arguments about video games. And, maybe most of all, we have a problem that we are numb to the loss of life, acceptance by some that is the price we pay for an unchecked 2nd Amendment.

The list is endless of what is causing this, but at its core is a failed belief that more guns—and ammunition and now body armor—will better protect us and our children. It doesn’t and it hasn’t.

The argument of taking away guys is just a straw man for those who conveniently pass over the “well regulated” part of our constitution. We are understanding that hunting is a family tradition for some in the same way as going to a ball game or to the theater. The heirloom of a shotgun is as of importance as a piece of jewelry as well. A majority of Americans who are for gun control are not looking to take away these rights.

And we hear the arguments that strict gun law cities and states have gun-involved crimes at rates equal or higher than those in those that do not. But make sure you listen to the leaders in those communities that tell you the guns are more often than not brought in from states with weaker gun laws.

All that being said, there are common sense laws that absolutely have the backing of most Americans. Background checks for any gun purchase, an age limit that is consistent with the ability to buy a drink legally or requiring the passing of a firearm safety test are all logical guardrails.

Unfortunately that does not solve what should be the ultimate goal: getting rid of the machines of war—the AK-15s, the automatic guns that have high volume magazines—that are too easily available today. No sportsman needs an assault weapon with high magazines to hunt.

Our frustrations were best expressed by Golden State basketball coach Steve Kerr, whose father was killed after was being shot twice in the back of his head while serving as president of the American University of Beirut  in 1984.

After Buffalo, Rep. Mikie Sherrill stated “I have recently spoken of how our forefathers were concerned about the tyranny of the majority, however…I feel like I am forced to live with the values of an extremist minority.”

Sherrill is right, a majority of Americans want change to end the proliferation of gun violence no other country has while having the same mental health issues, social platforms and video games.

In the end, it comes down to what type of country we want to be. We have tried the good guy with a gun, the police officers at schools and the hardening of campus. The 19 dead kids in Texas and the 10 Americans shot going to the grocery store in upstate New York shows that what we are doing is not working. This time around, more should be done about reinstating the ban on assault weapons and background checks

We will take a moment on Monday to honor those who have lost their lives serving this country. We will expand those prayers this Memorial Day weekend to include the students, teachers and families in Uvalde.