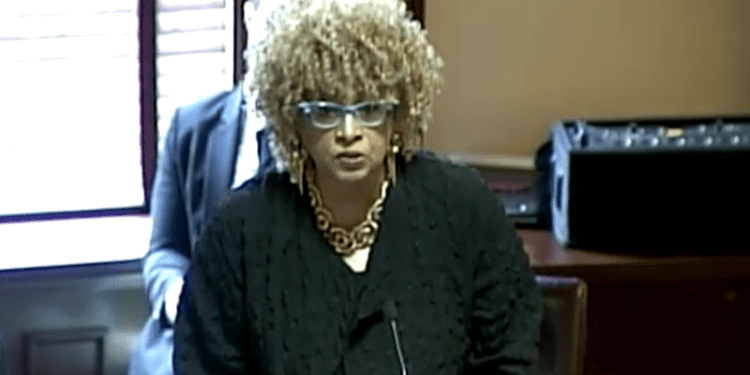 Democrats in the State Senate tabled a bipartisan motion for an independent investigation of deaths at New Jersey’s long-term care facilities during the pandemic.

More than 9,000 residents and staff at nursing homes in New Jersey have died due to COVID-19, representing more than 25% of the state’s total deaths for the category. Pennacchio and Gill both argued New Jersey residents deserve the truth of the actions the state took throughout the pandemic.

After the upper body adjourned May 26, Pennacchio said he was “outraged and disappointed” that he was prevented from even discussing the resolution.

“Like the voices of family members clamoring for answers, my voice, and the voices of my Senate colleagues, were silenced today,” said the Morris County lawmaker. “The public has a right to know what happened in the veterans’ homes and nursing homes. They want to know what’s going on here.”

The push follows news that the state will seek to take control of Woodland Behavioral and Nursing Center via receivership, with the location hosting the lowest COVID-19 vaccination rates among residents and staff in all of Sussex County.

“This is about people, not politics. New Jersey families should be the priority,” Pennacchio said. “I’m hopeful it is becoming more of a bipartisan effort to get to the truth.”

Gill argued the 9,000 COVID-19 deaths in nursing homes represented more than those who died on the battlefield at Gettysburg during the Civil War and it was the obligation of lawmakers to get to the bottom of what happened.

“A legislative oversight committee with subpoena power is how we provide the public with a transparent and accountable investigation as a part of our constitutional duty of oversight, information from this investigation will inform our public policy decisions to ensure that this never happens again,” said the Essex County lawmaker.

With COVID-19 variants posing a continuing threat, Gill quoted Dr. Martin Luther King saying that “we are now faced with the fact that tomorrow is today.”

Pennachio said he was appreciative for Gill’s initiative as “with a little more bipartisanship, we can create the ‘New Jersey Nursing Home Pandemic Response Investigation Committee’ and start learning how mandates and rules from Trenton contributed to the tragic outcomes in our nursing and veterans’ homes.”

The resolution would have establish a seven-member committee to investigate all aspects of the state’s response to the COVID-19 pandemic, with a focus on state actions, executive orders, legislation, regulations, and state policies in connection to long-term care facilities.

Gill discounted claims that the Senate could not conduct a simultaneous investigation, with concurrent investigations held for Bridgegate, the Legislative Oversight Committee concerning Albert Alvarez and Katie Brennan, and racial profiling while other investigations were held at the state and federal level.

“To have a public, transparent, and accountable investigation, we must have this committee with full subpoena power. This is because state and federal investigations limit the disclosure of documents and witness testimony. In court proceedings, records, documents, and testimony may be sealed, and proceedings are not always accessible to the public,” she said.

“Without an investigation, state residents will never learn the truth about what could have been done to prevent the so many tragedies in long-term care facilities,” concluded Pennachio.