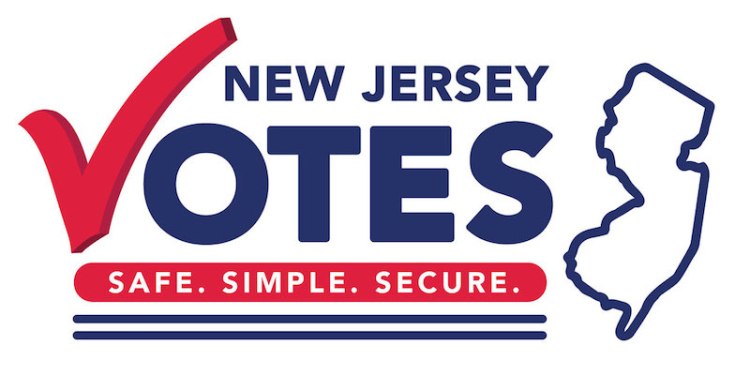 In North Jersey, there are three main drivers to who wins the vote of their party: incumbency, money and where they are on the ballot.

As voters get set to got to the polls—or mail in their ballots—to select their party’s nominees for this Fall’s congressional races under newly drawn maps, North-JerseyNews.com is offering a look at where each candidate lands on the three criteria.

In the six congressional districts North Jersey covers, a total of 27 candidates are running to be on the ballot this November. Three of the races—the 5th, 7th and 11th—are seen as crucial to each party’s attempt to be the majority party in the House (there is no Senate race in New Jersey this year).

Following is the our review of the races, featuring their most recent campaign financial disclosures, for next week:

Democrats: Rep. Josh Gottheimer, seeking a fourth term, continues to have the biggest bankroll in North Jersey. The Bergen County resident enters the primary with $13.4 million to spend for his campaign, up approximately $400,000 since the last report. As of May 18, he has spent $270,000. After facing a primary challenge from the left two years ago from former Glen Rock Councilwoman Arati Kreibich, Gottheimer was unchanged this year and has the county line in Bergen, Sussex and Passaic.

Republicans: Nick DeGregorio, who has secured the Bergen County party line, continued to hold a financial advantage on the GOP field. De Gregorio pulled in a total of $836,679 as of may 28. After spending over $562,000, up from $216,000 in the last reporting period, the Afghanistan and Iraq war veteran has a total of $275,000 cash on hand.

In the closing weeks of he campaign, Pallotta has made the decision of Bergen County Republicans to back DeGregorio an issue. Pallotta released edited text messages from a GOP political operative telling him to “buy the line” and making staffing demands in order to be bracted with the party’s other choice.

The race has become a two-man duel after Cresskill businessman Fred Schneiderman dropped out of the race. Sab Skenderi of Wyckoff, running on the slogan “End Vaccine Mandates, Deport Illegal Aliens, did not make a filing.

Democrats: Rep. Tom Malinowski has the largest campaign warchest in the district. The Democrat incumbent  has raised a total of $5.1 million this cycle. After spending $1.5 million as of May 18, he had a total cash on hand of $3.6 million. Malinowski’s campaign has focused his attack on Tom Kean Jr. is a lead up to election day, attempting to drive home the difference on abortion and gun safety.

Republicans: A rematch looms in the 7th as Tom Kean, Jr., is miles ahead of his fellow Republicans as of May 18 when it comes to cash and where he will placed on the ballot. Kean, who has secured key organization backing in Morris, Warren, Sussex, Hunterdon, Somerset, and Union counties, has $1.2 million cash on hand. The former State Senator has raised $2.2 million for the campaign, with expenditures reaching $1.1 million.

Phil Rizzo, a former pastor and real estate developer who ran for governor in 2021, was the runner up with $78,000 cash on hand after raising nearly $230,000 for the campaign. Assemblyman Erik Peterson (R-23), a conservative who led the Republican rebellion in December 2021 against COVID-19 health protocols in the Statehouse, has about  $28,000 cash on hand after and has $34,000.

Businessman Jon Henry Isemann, who finished second in a run-off for the Morris County GOP endorsement, has raised about $117,00 for the race, spending nearly $98,000 to leave him with just $20,000 cash on hand.

Democrats: Robert J. Menendez bid to replace the retiring Rep. Albio Sires remains unimpeded. Running for the seat formerly held by his father, Sen. Bob Menendez, the prohibited favorite has now raised over a $1 million while spending $640,000, leaving him with $425,000 cash on hand.

Besides seamingly having the endorsements from every major Democrat in New Jersey, including Sires, Menendez money is dwarfing the challenge from Ane Roseborough-Eberhard, and David Ocampo Grajales. Running on a progressive platform such as Medicare for All and a Green New Deal, Ocampo Grajales has $6,600 cash on hand after raising $37,000. A teacher in the Weehawken Township School District for a decade, Roseborough-Eberhard did not file a campaign report.

Republicans: A rematch looks to be set as Paterson native Billy Prempeh, a U.S. Air Force veteran who ran against Pascrell in 2020. An enthusiastic MAGA and Trump supporter, Prempeh has raised a total of $208,000 in the cycle but has just $6,500 cash on hand. The campaign has spent about $50,000 to campaign consults and ad makers such as Arsenal Media.

Democrats: In seeking a seventh term, Rep. Donald Payne, Jr. is capitalizing on his incumbency. The Newark native has outraised his main primary, Imani Oakley, by a 2-1 ratio, has spent more than Oakley has raised and has six times as much cash on hand in the final days. Payne has raised a total of $947,000 leading into the June 7 primary in the most Democratic district in New Jersey, speinding $930,000 of that and still has nearly $220,000. Payne has secured the party line for Hudson, Essex and Union counties.

Oakley, who has had multiple jobs in politics over the last few years including Legislative Director for the New Jersey Working Families Alliance, has raised $425,000 in her bid to be the party’s nominee. Oakley’s campaign has spent just under $390,000 and reported $36,000 in the bank. Akil Khalfani, a sociology professor at Essex County College who ran as an independent in 2020, did not submit paperwork to the FEC.

Republicans: The FEC said that Jersey City’s Garth Stewart had no data processed for the time period and Irvington’s David H. Pinckney was not listed on the website.

Democrats: Hopes that Republicans can reclaim the 11th District appear to be fading if money is the key barometer. Incumbent Rep. Mikie Sherrill has raised $4.1 million for her 2022 campaign and has $5.6 million cash on hand as she enters the Fall campaign with no primary opponent.

Republicans: A seat held by a Republican since 1984 before Sherrill won in 2018, the fundraising and cash on hand totals would have to be considered disappointing for a party that has targeted the race as key to winning back control in Washington. The seven GOP candidates who have made federal filings have just $368,182 combined cash on hand

Morris County Commissioner Tayfun Selen has the most cash on hand, with $178,000. Selen raised $256,000 for the campaign and spent $77,500 in securing the Morris and Essex county lines. Paul DeGroot, a former assistant Passaic County prosecutor who received that county’s line, raised $243,600 in his attempt to be the party’s nominee, DeGroot has spent $103,000 with $140,000 on hand to spend in the waning days of he primary campaign.

Three other candidates remain in the race. Iraq War veteran Toby Anderson has $20,825 cash on hand while two late comers—Ruth McAndrew and Alexander Halter—were not listed on the FEC website.

Among those who had dropped out of the race but still have money in their campaign accounts were Larry Casha ($12,722); former Ridgefield Park Councilman and now Sussex County resident Robert Kovic ($15,424); screenwriter Hillery Brotschol ($511); and  attorney Larry Friscia, whose account was zeroed out.