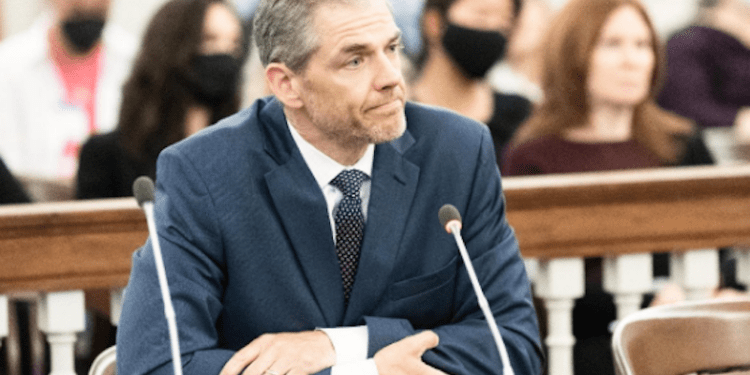 Two North Jersey Assemblymen are seeking uniformity through the state when it comes to homeschool children playing on the field or performing on stage.

The Assembly Education Committee recently advanced a bill sponsored by Assemblymen Jay Webber and Hal Wirths that would allow all homeschooled students in New Jersey to participate in extracurricular activities in their hometown school districts.

“This bill is really about fairness to all kids and families who choose to homeschool,” said Weber (R-26).  “Right now, some homeschoolers get to play ball or sing in the school musicals, and some don’t, depending on where they live. That disparity needs to end.”

The bill allows homeschoolers to try out for and participate in extracurricular activities in their home district as long as they provide proof of residence, meet academic and other eligibility requirements, and comply with all extracurricular activity policies and procedures. Currently, the law allows school districts to include or exclude homeschoolers at their discretion.

“These families made different educational choices for their children, but the kids shouldn’t be kept from sports and clubs, and possibly lose out on scholarships and opportunities for personal growth because of it,” stated Wirths (R-24).

The push comes as lawmakers said homeschooling spiked by as much as 63% during the recent coronavirus pandemic, and became especially prevalent in the Black community, where the U.S. Census estimated that the percentage of homeschooling Black families increased by 500% because of the pandemic.

“All homeschooled kids deserve the same shot to flourish and develop their talents outside the classroom,” said Webber. “Most states, including Pennsylvania, have laws like the one we’re advancing today, and New Jersey needs to catch up to them on this issue.”

The North Jersey lawmakers noted Florida changed its homeschool sports participation laws in 1996, opening the door for homeschooler Tim Tebow to not only play on his high school football team, but go on to the University of Florida and, as a sophomore, win the Heisman trophy. And Pro Football Hall of Famer Jason Taylor, who was homeschooled through high school,  has advocated for bills such as the one passed by the Assembly committee.

The bill stipulates that public school students who are ineligible to participate in sports cannot circumvent that ineligibility by becoming a homeschooled student.

Both lawmakers noted homeowners pay for the programs when they pay their property taxes.

“God knows we all pay more than our fair share in property taxes, most of which goes to fund our public schools. Let these families get something to show for it,” said Wriths.

The bill now goes to the full Assembly for consideration.