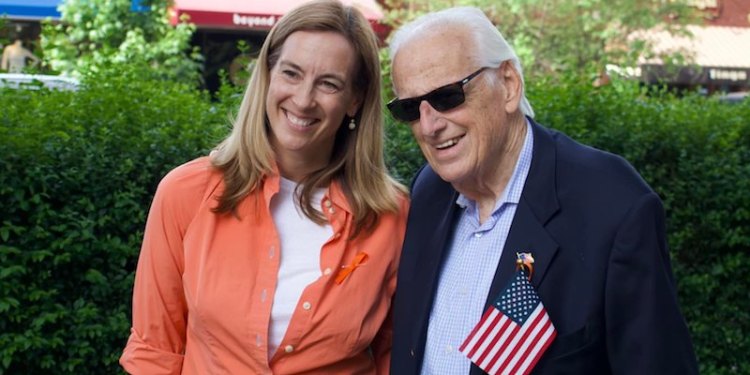 12:00 a.m. Update: The GOP races went back and forth in the 5th and 11th Congressional Districts, contests too close to call at the midnight hour on Election Night. And due to early voting as well as mail-in ballots, the final winner may not be known for days.

In the 5th district, an upset appears to be brewing. Frank Pallotta, the 2020 nominee who was denied the party line in Bergen, appears on his way to defeating newcomer Nick De Gregorio by five percentage points. As of 11:50 p.m, Pallotta has a 1,500 vote 50%-45% lead with 91% of the vote counted, according to the AP vote total (the new organization had not yet called the race). De Gregorio won Bergen County, but Pallotta made up the difference in Passaic and Sussex. Bergen results were delayed due to technical difficulties in Bergen County and Passaic County reportedly did not release its early vote tally.

12:05 am Update: The Pallotta team sent out an email declaring victory. The De Gregorio campaign has not released a statement.

8:45 a.m. Update: Nick De Gregorio has conceded, endorsing Pallotta and called for his supporters to “get behind Frank and the republican ticket this fall.”

In the 11th, Morris County Commissioner Tayfun Selen, who had led all night, now trails former assistant Passaic County prosecutor Paul DeGroot 40% to 35% with a 1,300 vote edge with 77% of the vote counted.

Reps. Josh Gottheimer and Mikie Sherrill both ran unopposed to be their party’s nominee.

The matchups for November are mostly set for the Congressional races in North Jersey.

The results from the June 7 primary includes a highly anticipated rematch, a GOP newcomer attempting to knock off a three term Congressman, a new candidate looking to continue his family’s legacy and two veteran lawmakers looking to return to Washington with districts slightly changed due to redistricting.

Before any votes were cast, incumbents Josh Gottheimer, Bill Pascrell, Tom Malinowski and Mikie Sherrill all knew they would be on the ballot November 8 in races that were uncontested or faced little opposition. Rep. Donald Payne, Jr. was able to easily dispatch two challengers, while Democrats in the 8th District went to the polls to decide who in their party would succeed the retiring Albio Sires.

For Republicans, the focus in North Jersey was on three races. In the 5th, Nick DeGregorio had the backing of Bergen County in his bid to defeat 2020 nominee Frank Pallotta. Tom Kean, Jr. topped a field of five who are attempting to secure the party’s nomination in the 7th. Another field of five battled each other to be the GOP nominee in the 11th, in a race that is too close to call.

Below is review of the night’s results.

Who Gottheimer would face in seeking a fourth term was still unknown as of 10:55 p.m. as Bergen County is reportedly experiencing significant technical delays and Passaic County count is historically slow. Newcomer Nick De Gregorio, the veteran who secured the Bergen County party line, has overtaken Frank Pallotta, the 2020 Republican nominee. With 57% of the vote counted, De Gregorio 49% of the vote to Pallotta’s 47%. The race between the two in the waning days centered on Pallotta’s allegations that his refusal to buy the backing of the Bergen County Republican Committee cost him the county line. Sab Skenderi and Fred Schinderman, who dropped out of the race earlier this Spring, finished third and fourth, respectively.

A rematch in the 7th as incumbent Malinowski will do battle with Kean. The race will garner national attention as Republicans have pointed to the seat as one they will need to win to flip the House. The former Obama administration official defeated self-styled Trump Democrat Roger Bacon easily in the primary.

Malinowski won the district by only 5,000 votes in 2020 and now has to defend a district that is less friendly after the Congressional maps were redrawn. Kean, the son of the former governor, will attempt for a third time to win an election that sends him to Washington. Besides the loss two years ago, Kean was defeated by Sen. Bob Menendez for a U.S. Senate seat in 2006

Rob Menendez has won the nomination to the seat his father, Bob, had before ascending to the U.S. Senate. The younger Menendez will be the Democratic candidate to replace the retiring Rep. Albio Sires. Originally a race with five candidates, Menendez received 80% in defeating Weehawken teacher Ane Roseborough-Eberhard and David Ocampo Grajales, who ran on a progressive platform such as Medicare for All and a Green New Deal. Knocked off the ballot after challenges to their nomination petitions were Brian Varela, a former aide to Gov. Chris Christie in the Republican’s communications and press shop in 2010, and Eugene D. Mazo.

Menendez will be heavily favored in a race against Republican Marcos Arroyo, who  ran uncontested.

Another rematch is slated in North Jersey but with an outcome seen as more favorable for Democrats. Rep. Bill Pascrell will run for his 14th term in office in a race where he was unopposed. He will face Paterson native Billy Prempeh, a U.S. Air Force veteran who ran against Pascrell in 2020. A debate between the two could be one of the more fiery ones as raised a total of $25,662 in the first quarter and has cash on hand total of $18,462. Prempeh has been a vocal proponent of the MAGA policies pushed by the party, including immigration and the 2nd Amendment.

Rep. Donald Payne, Jr. will once again be the party’s nominee in one of the Bluest districts in North Jersey. Payne, who in the first quarter of this year surpassed all the contributions he received in 2021, was able to defeat Imani Oakley and perennial candidate Akil Khalfani. Oakley, who has had multiple jobs in politics over the last few years including Legislative Director for the New Jersey Working Families Alliance, only mustered 10% of the vote for second place. Republicans selected Irvington’s David H. Pinckney over Jersey City’s Garth Stewart to be the party’s nominee in November.

At the beginning of the year, pundits had placed Sherrill as a target of Republicans to win back a seat that was Red for 38 years before the Navy veteran’s win in 2018. But with over $5 million on hand to spend, a redrawn district more friendly to a Democrat and higher profile candidates not running, the race for the 11th isn’t expected to receive national attention like the 7th.

The race to be the GOP nominee was too close to call as of 11:00 p.m. Morris County Commissioner Tayfun Selen, who had led all night, now trails former assistant Passaic County prosecutor Paul DeGroot 39% to 37%. Iraq War veteran Toby Anderson finished third with 20% while two late comers—Ruth McAndrew and Alexander Halter—finished under 5%.