Letter to publishers come amid edit demand from Florida 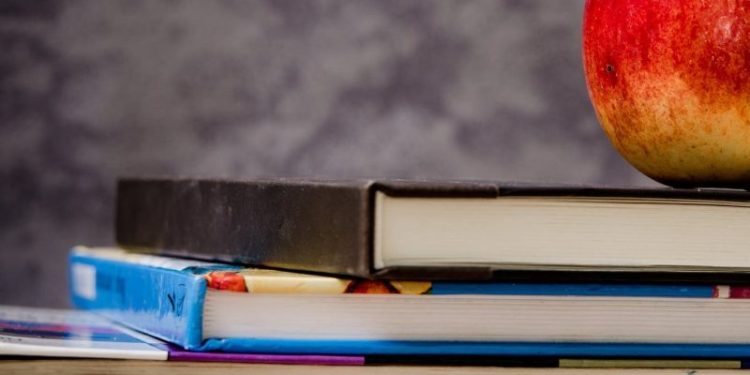 Sen. Cory Booker and Rep. Tom Malinowski are the lead signatories in a letter urging major K-12 textbook publishers to not bend to the “censorship demands” from politicians in Florida and other states. Instead, they are urging the focus to continue to be on developing educational materials that will equip students with the skills and tools they need to succeed academically.

The letter notes that “(The) Florida Department of Education recently rejected more than 50 math textbooks for use in its K-12 schools after determining that they contained ‘prohibited topics,’ such as ‘tenants of (Critical Race Theory) or other unsolicited strategies of indoctrination” despite the state providing no evidence for these claims.

The Democrat’s letter comes as part of a broader debate of censorship concerns throughout the country. The letter cites actions in Texas, where activists took over the board of a local public library, closed their meetings to the public, and started removing books from shelves that they deemed to be objectionable

And in Tennessee, a school board banned the teaching of Maus, a Pulitzer Prize-winning novel about the Holocaust—a move the regional chapter of the Anti-Defamation League called “shameful on every conceivable level” and that “serves no purpose other than to rob the next generation of knowledge.”

The letter, which included the signatures of Sen. Bob Menendez and Reps. Bill Pascrell Jr., Donald Payne, Jr. and Albio Sires, stated that they “strongly agree” educational content should be appropriate to the ages of children to which it is taught. But they believe the Florida law has gone too far in and resulting in the editing out of key contributions from the Black community.

They cite the case that an enforcement of the ban on Critical Race Theory in K-12 textbooks, Florida’s Department of Education appears to have banned a math textbook for briefly highlighting the biographies of two prominent African American mathematicians.

“One of those mathematicians was Dorothy Vaughan, herself a former math teacher, who led a computing unit for the agency we now know as NASA,” the letter states. “Vaughan, who joined the agency at the start of World War II and who was originally forced to work in a racially segregated setting with separate bathrooms and dining areas from her White colleagues, made significant contributions to the U.S. Space Program during her 28-year career.”

“That the State of Florida—home to NASA’s Kennedy Space Station—appears intent on shielding students from the contributions of Vaughan is disgraceful.”

The lawmakers argue that educational material should give a full picture of the world that educates students on subject such as the contributions of Black Americans and the horrors of the Holocaust.

“Acknowledging that some of us are different from one another isn’t some form of woke indoctrination—it’s a plainly obvious and important truth,” the members of Congress wrote. ”We urge you to remain focused on producing educational materials for students that will equip them with the skills and tools they need to succeed academically, and to not bend to the censorship demands of cynical politicians for whom the real motivation is ending public education and dividing the people they’re supposed to lead.”

The North Jersey cohort asked the the leverage large states have over the content of school textbooks not to change what material schools in the Garden State receive.

“In the weeks and months to come, there will be significant commercial pressures put on you as leading publishers to produce textbooks that appeal to politicians in Florida and elsewhere, and to bend to their censorship demands,”  another excerpt from the letter states. “We urge you to be transparent with the public about any changes you are asked to make in response to such demands….if you comply with such demands to alter textbooks based on the Florida law or similar legislation in other states, we ask that you continue to make available the original, uncensored textbooks to schools in New Jersey and other states.”