Deal would have Rodriguez run for Assembly, pushing out Jimenez 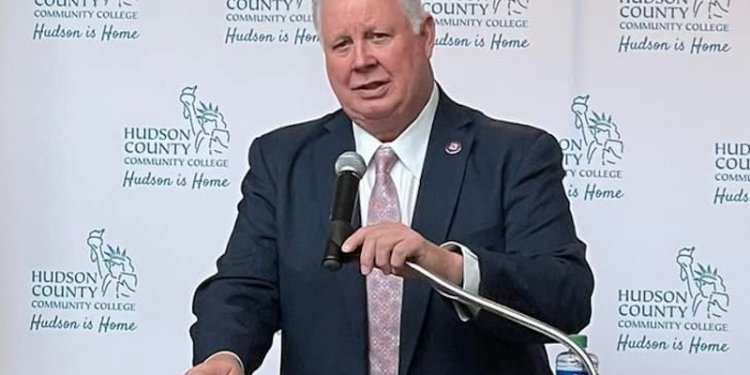 The game of musical chairs brought on by state redistricting has landed with retiring Rep. Albio Sires in a job he once held before.

Sires has confirmed that he expects to run for mayor of West New York next year, returning to a job he held before being elected to the House in 2006. The 8th Congressional District representative announced earlier this year that he would not run for another term in Washington.

West New York will hold a non-partisan municipal election in May 2023 and Sires will need to win one of five town commissioner seats tbe named mayor. Current West New York Mayor Gabe Rodriguez will receive the party’s backing to run for the Assembly in the newly drawn 32nd Legislative District.

“For Gabe, it’s a good move. He worked for me when I was in the Assembly and he always wanted that,” said Sires, who is backing Rodriguez along with State Sen. Brian P. Stack, the mayor of Union City, and Weehawken Mayor Richard Turner.

The move of Rodriguez to the Assembly is just the latest drama in Hudson County since the new legislative maps that redrew the 32nd and 33rd districts. The current office holders in the 32nd are State Sen. Nicholas Sacco, and Assemblymembers Angelica Jimenez and Pedro Mejia, representing East Newark, Edgewater, Fairview, Guttenberg, Harrison (Hudson), Kearny, North Bergen, Secaucus, and West New York.

In the 33rd, Stack is the State Senator with Annette Chaparro and Raj Mukherji. They represent Hoboken, Jersey City, Union City, and Weehawken.

The new maps ended with Sacco—a State Senator for 30 years—and Stack potentially facing off against each other in the new 33rd district, which will consist of Secaucus, North Bergen, Union City, West New York, Guttenberg and Weehawken. But Sacco announced in February that he would not seek re-election but would run for another term as mayor of North Bergen.

Besides Rodriguez, the new 33rd will have another new face in the Assembly. Sacco and Stack reportedly reached a deal whereby North Bergen will get to choose one of the General Assembly seats for the new 33rd Legislative District. The leading candidate is Commissioner Julio Marenco, a U.S. Navy submarine veteran and State Parole Board member, is the leading candidate. They would be replacing Pedro Mejia of Secaucus and Angelica Jimenez of West New York.

But Jimenez insisted that the Assembly seat belongs to the people and hinted that she may consider an off-the-line run.

“It’s the people that will make the decisions about who their representatives and their mayors and their assembly members and their senators will be. That’s who we work for. It’s our constituents,” said Jimenez. “I love the Assembly, I’ve been in it for ten years, and I’m really proud of my accomplishments. Listen: it’s the people that elect the candidates. I focus on my track record, I focus on what I believe in, and that’s the bottom line.”

As for the new 32nd,  Mukherji has the backing of Stack, Jersey City Mayor Steven Fulop and Hoboken Mayor Ravi Bhalla to be the State Senator from that district.  Chaparro is expected to run for her Assembly seat, leaving a new Assembly member from Hudson County. The new 32nd district is made up primarily of Hoboken and Jersey City.

In the end, it’s a homecoming for Sires, who emigrated from Cuba at age 11 and later became a high school teacher and coach in his hometown of West New York. He was elected Mayor in 1995 and won an Assembly seat in 1995, serving as Speaker for four years.

Sires won a special House election in 2006 after Bob Menendez was appointed to the U.S. Senate. As a result of Sires retirement, Rob Menendez—the U.S. Senator’s son—announced his candidacy for the seat and is expected to win the party’s nomination in the June 7 primary.