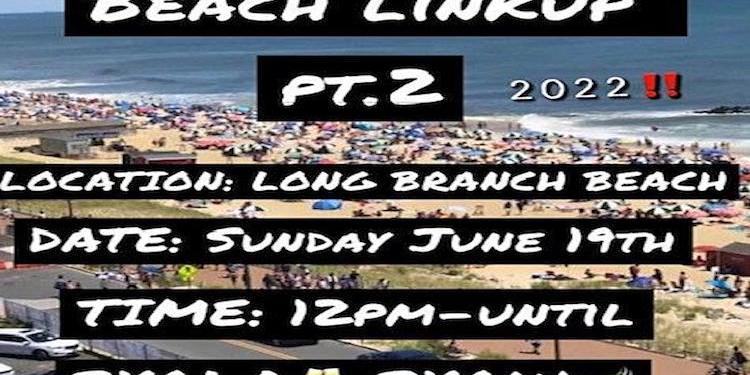 With promotions of pop-up parties scheduled at two separate Jersey Shore towns Father’s Day weekend, a State Senator is sounding the alarm that the Murphy Administration is not moving fast enough to maintain public safety.

State Sen. Robert Singer (R-30) said Gov. Phil Murphy needs to do a better job of listening to and working with local leaders in shore communities who have expressed serious concerns about the impact of pop-up parties on public safety.

“The Jersey Shore has always been a welcoming place for visitors, but many small towns are not equipped to handle thousands of teenagers who suddenly pour off trains and flood their streets, boardwalks, and commercial districts for pop-up parties organized on social media,” said Singer.

The warning comes as advertisements on TikTok and Instagram are promoting  a “bring your own weed” and “bring your own liquor” pop-up parties June 18 in Point Pleasant Beach and June 19 in Long Branch.

The Long Branch and Point Pleasant Beach Police Departments say they are investigating the rumors and taking steps to prepare a law enforcement response, if necessary. A message from Point Pleasant Beach Police posted on Facebook says they are “actively investigating the sources of the social media posts,” and they will continue to “aggressively monitor” the situation. And the Long Branch public safety director posted a similar message, and sought to assure local residents and business owners “there will be zero tolerance for any illegal activity.”

Similar social media postings were promoted online for the permitless party that resulted in a large group of teenagers descending on Long Branch’s Pier Village May 21. According to police, crowds began arriving in the afternoon with prompting from social media posts on TikTok and Instagram that continued to grow as the day turned into night. A curfew was enforced and shops in the area lost business due to having to shut down early.

In the end, 15 arrests were made as police used tactical gear and resorted to a flash-bang and smoke to help disperse an unruly crowd. The eleven adults and four juveniles charged were accused of engaging in fighting and one suspect was charged with stomping on a police vehicle.

A similar pop-up party happened in Long Branch the Summer before. Police arrested four people for a similar gathering at the Jersey Shore town, causing local officials to postpone a planned Fourth of July fireworks show in response to TikTok videos promoting another unsanctioned “party.”

After the incident in Long Branch, Singer called for the governor and state attorney General to create a task force that would include the New Jersey State Police, NJ Transit, the Monmouth and Ocean county prosecutors’ offices, sheriffs’ offices, and police chiefs’ associations to prevent similar occurrences in the future.

But a recent conference call held by the Acting Attorney General Matt Platkin with the mayors and police chiefs of shore towns didn’t result in a coordinated plan to address pop-up parties, according to Singer.

“There needs to be better coordination among state and local officials to respond to pop-up parties along with some sort of funding mechanism to help pay for the unexpected cost of calling in extra police to respond,” said Singer. “There also needs to be a real discussion about fixing our laws which prevent police from taking enforcement action for violations committed by minors. Kids know they can’t be touched and they’re taking advantage of it.”

State Sen. Vin Gopal (D-13) is seeking legislation to hold those who promote these pop-up parties responsible for any damage and the costs of a police response. The legislation would include increasing penalties for violent actors during the course of an non-permitted mass gatherings; increasing penalties of anyone who threatens violence or destruction of property in a social media platform; making the organizer is held responsible for the cost of destruction of public property; funding to local Police Department for mobile surveillance towers; and provide support to local law enforcement to monitor and address these “pop up parties.

But Singer stated the continued inaction by the Murphy administration puts the health and welfare of local residents at risk, threatens the safety of visitors, and risks causing additional harm to businesses that are still struggling to recover from the severe economic impact of the pandemic.

“There’s simply too much at risk for the Murphy administration to stay disengaged when it comes to protecting the Jersey Shore this summer,” added Singer. “The problem isn’t a lack of tolerance for visitors who want to enjoy the shore and support the local economy; it’s huge, violent, rowdy mobs that show up with little warning, absolutely no regard for our communities, and little worry that law enforcement can control them.

“If we don’t work together, these pop-up parties will only become more frequent and more dangerous. I can’t believe the Murphy administration wants that to happen, but it will if they continue to do nothing.”