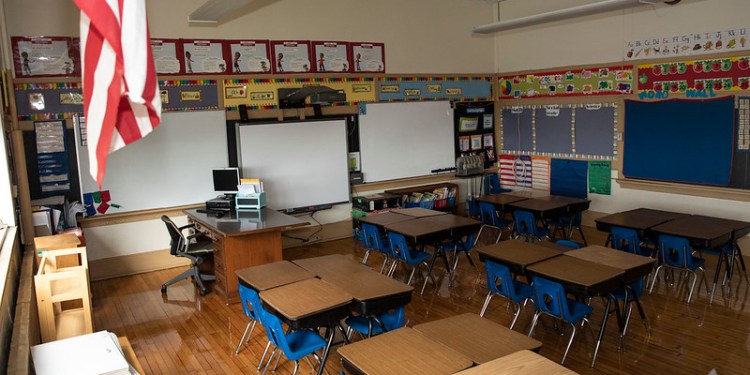 While the school year is approaching an end for many students in New Jersey, State Senate Democrats are looking to get ahead of potential teacher shortage in the coming years.

New Jersey is no exception to a teacher shortage which is hitting the entire nation, according to New Jersey Policy Perspective (NJPP), which noted New Jersey has far fewer teacher candidates when compared to a decade ago.

The Senate Education Committee advanced a package of bills designed to replenish teaching ranks in New Jersey, with a specific focus on instructors of science, math, bilingual language education, special education, and English as a second language.

NJPP noted the number of teachers in New Jersey had declined since the 2007-2008 school year, finding there were almost five people who completed teacher preparation for every 1,000 students in New Jersey. Today, there are barely two.

Additionally, it found New Jersey colleges and universities produced fewer teachers than the rest of the U.S. NJPP said it suggested that “the Garden State might be over reliant on out-of-state teacher training programs.”

“The solution to the problem of teacher shortages is not simply to shift teacher candidates away from areas such as elementary education and toward math and other understaffed areas,” NJPP said.

One of the bills (S-2350) would establish the Grow Your Own Teacher Loan Redemption Program in the Higher Education Student Assistance Authority (HESAA).

The program would provide for the redemption of a portion of a participant’s eligible student loan expenses for each year employed full-time in the school district from which the participant graduated, so long as the district has a shortage of teachers, as determined by the Department of Education.

“Due to hardships brought on by the coronavirus pandemic, early retirements and other causes, New Jersey’s teacher shortage has grown more acute over the past couple of years,” said State Sen. Vin Gopal (D-11), chair of the Senate Education Committee. “The ‘Grow Your Own Teacher’ Loan Redemption Program is meant to provide extra incentive for those students who might be considering the teaching profession to give back to the community from which they came.”

“New Jersey is one of the most diverse states in the nation, and our teaching staff should reflect the racial and ethnic diversity of our students,” said State Senate Minority Leader Teresa Ruiz (D-29), who also served as a sponsor of the legislative package. “This legislation will continue to build upon efforts to address teacher shortages in critical areas across the state and diversify our education workforce.”

Other bills in the package include State Sen. Patrick Diegnan’s (D-18) S-2594, which would require the Board of Education to authorize an alternative means for teaching candidates to secure employment while awaiting issuance of a certificate of eligibility.

And State Sen. Richard J. Codey (D-27) introduced a bill which would establish the New Jersey Educator Scholarship Program under the Department of Education to award 50 scholarships annually to those enrolled in an institution of higher education seeking to pursue careers in education.