Bucco: Where are The Work Guidelines for Legalized Marijuana in New Jersey

by North-JerseyNews.com
in Trenton
0 0
0 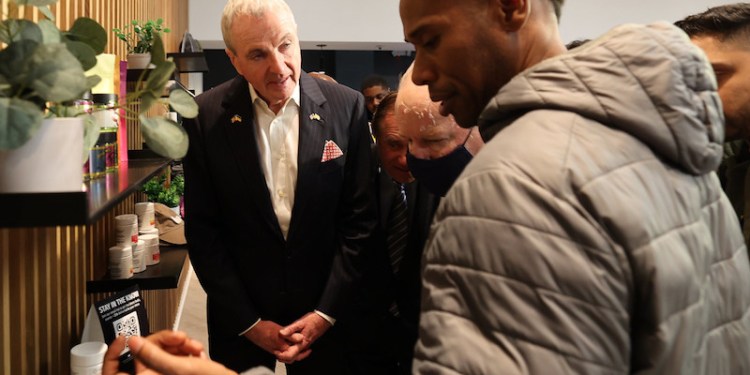 “[Legalization] could be extremely dangerous at a construction site, in a hospital, or in the airline industry where any level of impairment could result in serious accidents,” said Bucco. “Even though the start of recreational pot sales was delayed by months, the Cannabis Regulatory Commission still hasn’t found the time to issue the rules for the drug recognition experts that employers are required to have to determine if employees are high while they’re working. This continued inaction is an unacceptable failure that hopefully won’t result in tragedy.”

Working Under the Influence

The Morris County lawmaker concerns center around an employee come to work under the influence with a capacity to endanger others at work. Unlike alcohol which is removed from the body after roughly eight hours, cannabis can remain detectable for up to a month depending on dosage and other factors.

The state’s Cannabis Regulatory Commission has been tasked with providing standards for  “drug recognition experts” who screen employees for signs of impairment. The screeners are needed due to their is no cannabis breathalyzer equivalent. Cannabis use can be difficult to detect as signs often vary per person. Bucco said these differences burden employers to detect indications of impairment, which is impossible without expert help.

That change relies on Trenton and the state government to prescribe rules and regulations for cannabis screening. Recently, Bucco criticized Gov. Phil Murphy and the Cannabis Regulatory Commission for allowing recreational cannabis sales to move forward without enabling regulations to hire these experts as “an unacceptable failure”.

These comments came following the beginning of a larger federal push to legalize and regulate the use and sale of cannabis. Congressman Josh Gottheimer sponsored a bipartisan push to regulate cannabis use in transportation and employment called the “Marijuana Opportunity, Reinvestment and Expungement Act”, or simply the “MORE Act”.

This act would divert federal money to research for technology and methods police can use to screen for cannabis impairment. As cannabis is legalized across the Northeast Corridor, a way to detect cannabis impairment while driving is as vital as the need for breathalyzers.

As cannabis use becomes more prevalent with increased legalization, related accidents are spiking. THC use is now directly correlated with impairment when driving or operating machinery.

According to Gottheimer, “Drivers under the influence of marijuana regularly cause traffic collisions, and marijuana is the illicit drug most frequently found in the blood of drivers who have been involved in vehicle crashes, including fatal ones.”

New Jersey is one of 18 states to legalize recreational marijuana for adults. There are currently 19 retail stores in operation, including those in Paterson, Montclair, Lodi, Bloomfield and Rochelle Park. According to the state Cannabis Regulatory Commission, first month sales topped $24 million as of May 26 from 212,433 transactions.