by North-JerseyNews.com
in Trenton
0 0
0 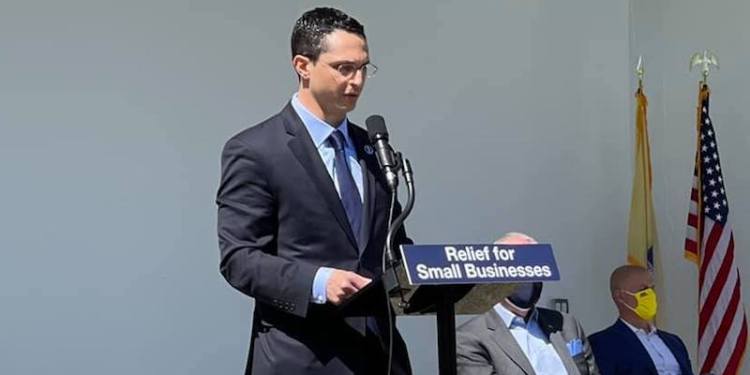 State Sen. Joseph Lagana (D-38) was part of a group of Democrats who introduced several bills that would upgrade and improve the turnaround time for unemployment claims at the Department of Labor and Workforce Development (NJDOL), along with reviewing the overall performance of its employees within the division.

The pending legislation follows a frustrating two years for many unemployed New Jerseyans, dealing with both a deadly worldwide pandemic along with a host of bureaucratic snafus that left many within the Garden State unable to access their unemployment benefits in a timely manner.

“In too many cases, there’s been a delay in individuals receiving the unemployment benefits they are owed. These delays could ultimately be the difference for many families and being able to pay their bills or put food on the table,” said Lagana. “This bill would help make sure individuals are receiving the benefits they’ve earned in a timely manner, and help them avoid unnecessary financial burden.”

“This legislation is in response to unacceptable processing delays and wait times at the Department of Labor. It will provide much-needed relief to claimants by expediting and streamlining the determination and appeals process and by providing more options for claimants to speak directly with Department staff to resolve issues,” said Madden, chairman of the Senate Labor Committee.

Moreover, according to State Sen. Troy Singleton (D-7), “Over one million New Jerseyans were out of work at some point during this pandemic. Even worse, some still have not seen one dollar of their unemployment benefits.”

“While no one could have predicted the consequences of this pandemic, the unemployment system is woefully outdated, and the NJDOL staff was simply not plentiful enough to address the full scale of this crisis. We must make this investment in our unemployment system now. The men and women of New Jersey have waited long enough.”

The second bill dubbed S-2396 introduced by Madden and State Sen. Andrew Zwicker (D-16) would provide much needed oversight within both the Department of Labor and Workforce Development.

The proposed legislative package also comes with a $50 million federal assistance price-tag, earmarked to the Department of Labor and Workforce Development to improve the agencies overall processing capabilities.

“By instituting a reporting requirement, legislation in this package also ensures that the legislature as a body can get timely answers from the Department in order to hold its leadership accountable. Unemployment compensation is a system that is meant to help people, and these measures will help the program live up to its purpose,” added Madden.

“Since the COVID-19 pandemic began, there has been a major backlog of unemployment cases at the DOL, resulting in thousands of individuals being left without their benefits for weeks or months at a time. This is simply unacceptable. This legislation is aimed to ensure that this does not continue in the future,” said Zwicker. “We must avoid repeating the breakdowns we’ve seen occur over the last two years.”

That sentiment was echoed by Republican Sen. Kristin Corrado (R-40), in a March 21 statement calling for the resignation of New Jersey Labor Commissioner Robert Asaro-Angelo.

Frustrated State Sen. Holly Schepisi (R-39), when the upper chamber passed a resolution for unemployment office to be reopened, explained that although state offices remained officially closed throughout the state due to COVID-19, her staff nevertheless worked full time, fielding a large volume of irate calls from concerned constituents complaining about the lack of urgency by DOL state employees regarding issues with their unemployment claims.

The Republican senator lamented that “for almost the entire time of the past two years, many if not most of our legislative offices have been open. Our employees have been coming to work. We have had to spend over 90% of our time doing the state’s job.”

“It’s unconscionable. We as Senators can’t get answers from anybody. They took away phone numbers for us to be able to have a live human being to speak to.”