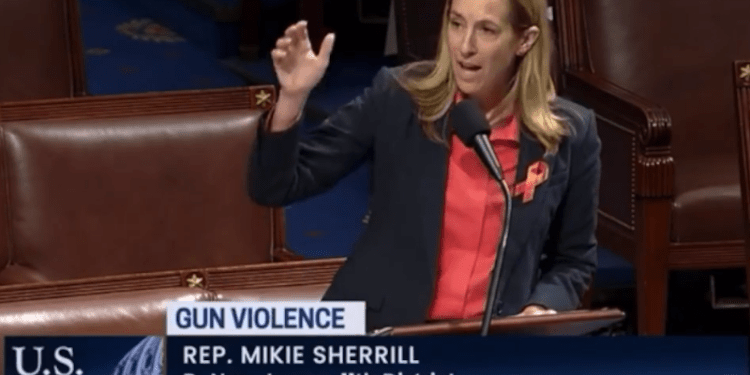 House members from North Jersey all voted in favor of the Protecting Our Kids Act gun bill, legislation pushed to curtail mass shooting incidents such as in Buffalo and Uvalde.

The vote comes as new Centers for Disease Control and Prevention data shows guns are the number one killer of children in America, causing more deaths than car accidents or cancer. Over the last two decades, more school-age children have died from guns than have on-duty police officers and active-duty military personnel combined.

“Time and time again, our nation mourns the lives lost and the communities impacted by another mass shooting,” said Rep. Mikie Sherrill. “It’s time my colleagues across the aisle, who routinely profess to be deeply concerned about the lives lost to gun violence begin passing the legislation that would save them. Legislation that, when enacted into law in New Jersey, has already saved lives.”

“There have been more than 240 mass shootings in the United States in the first five months of this year. This isn’t normal; it doesn’t happen in other countries; and it doesn’t have to be this way here,” said Rep. Tom Malinowski. “As members of Congress, we were sent here to do something about it.”

Rep. Donald M. Payne, Jr. opined Americans are “sick and tired” of the constant mass shootings and want action included in this bill to that will keep criminals and domestic terrorists from using guns to murder innocent Americans.

“No parent should have to worry about whether they will see their child again when they send them to school,” said Payne. “We must stop this insanity and obsession America has with guns and gun violence.  We must take this threat seriously and do everything we can to protect Americans from gun violence.”

But lawmakers were realistic about the headwinds against the legislation becoming law.

“It’s not surprising that these measures are opposed by a gun industry that markets weapons to children and encourages citizens to arm themselves against the government – presumably including law enforcement,” said Malinowski.

Pascrell noted that the Second Amendment gives Congress and the states the ability to regulate guns but “radical Republicans have hijacked the Constitution” that has resulted in streets across the U.S. being flooded with hundreds of millions of guns.

“In the name of the countless victims, their families, survivors, and our children, we must reject Republicans’ nihilism and enact this bill into law,” he said.

The Paterson lawmaker chided the opposing party for prior inaction, including a previous  House bill for background checks that he claimed is supported by 95% of Americans.

“We will not stop here. More reforms will soon pass this chamber,” he said. “But McConnell Republicans have been blocking them for 454 days. Republicans make clear day after day after day that they value their guns more than dead children. We will never give up until we pass gun reforms that save our kids’ lives.”

Added Sherrill, “The House did its part by passing strong gun-safety bills today; the Senate must act. Americans across the country are urging their Senators to do the right thing.”

While Malinowski was hopeful that the ongoing bipartisan negotiations in the Senate will lead to an agreement, he knows that any agreement requiring 60 votes to overcome a filibuster will not go far enough.

“Getting meaningful gun reform enacted will require leaders in Washington who care more about protecting the lives of children than losing votes in a primary,” he said.  “We do not have to be the only country in the world where parents have to fear that their kids will be shot in school. We can choose to end this.”