Can the President convince Americans he has the best plan for gas prices, inflation? 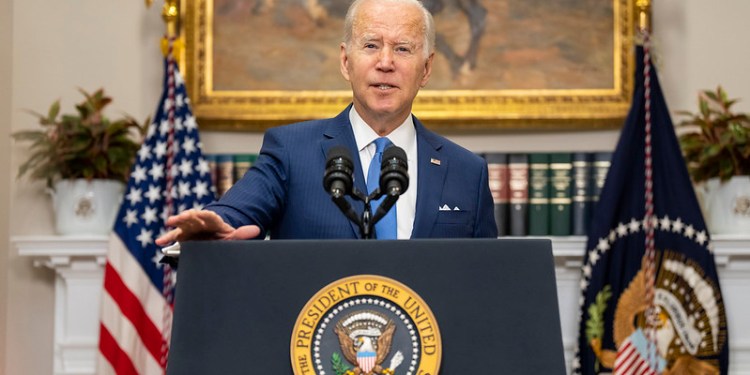 That is the current political math for the Democrats and the Biden Administration when it comes to the U.S. economy.

If a regular gallon of gas is $5 or higher and inflation continues at its 8.6% rate, the Democrats will most likely lose control of the House and Senate for 2023 and 2024.

On Friday, the day the latest inflation report came out, President Joe Biden tried to paint a picture of an economy strong enough to endure the everyday price increases affecting Americans. President Biden is right to say that the price of gas is up due to less oil production both foreign and domestic and that supply chain issues start with three Chinese boat consortiums raising their prices by as much as 1,000%.

Even with the power the President of the United States has, he can not change what private companies do. And sending our troops into a war halfway around the world to reduce the price of oil is out of the question as well.

Economists point to a broad range of issues that are causing inflation—supply chain issues, coronavirus pandemic, energy disruptions caused by the Ukraine war, diseases affecting citrus trees and chickens and drought in areas that grow vegetables and other crops—that are affecting the everyday pocketbook of Americans.

But the Biden Administration and the President himself deservedly shoulder the blame as well. They were admittedly too slow to react to the financial headwinds that they were warned about last year. And the largesse of money (and printing more of it) to help Americans during the pandemic undoubtedly played a role, an overcompensation driven by the underspending by the Obama Administration during the Great Recession.

Additionally, the President has not been his strongest on delivering the message to the American public that he understands the economic pain they are feeling. We would suggest getting out of his Washington-Delaware bubble and play to his strengths of listening to the stories of everyday people. Visit Blue and Red States, rural and urban communities, Midwest and South cities, small business owners and employees, Republican and Democratic districts to hear the stories of what we are all cutting back on due to inflationary pricing.

The President has a case to make that his policies have produced economic success—unemployment is at historical low rates, there has been significant progress when it comes to the back up at the ports, he moved swiftly in using the Defense Protection Act to help combat the current baby formula shortage—as well as Republicans not putting forth a plan to deal with the rising costs consumers are facing.

But Americans don’t want to hear that, they just want some money left in their wallet after filling up their car for a Summer trip.

The Fall elections are setting up to feature an undercard of some of the most polarizing cultural issues this country has seen in years. Voters will be looking for candidates that align with them on a woman’s right to choose, commonsense gun control laws and the fall out of the finding of the Jan. 6 Select House Committee.

But the headliner will be the economy, featuring gas prices and inflation. Under his control or not, this is the defining issue that President Biden must contend with if he wants to have a Congress controlled by his party.