New Cashless Tolling on GWB to be Activated July 10

Gottheimer pushes back at removal of carpool discount 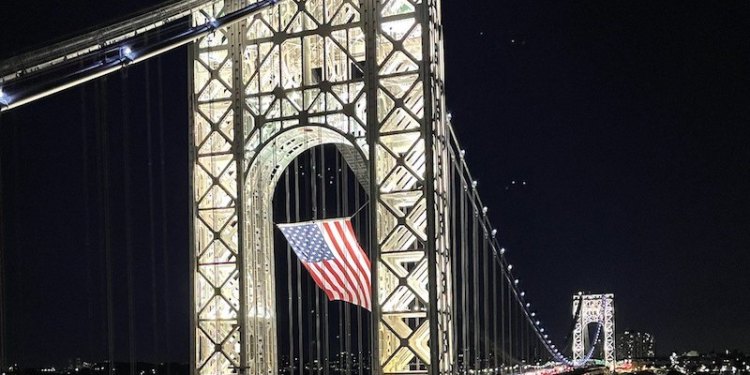 New Jersey commuters crossing the George Washington Bridge into New York City will no longer be able to provide cash to pay the toll later this Summer, according to the Port Authority of New York and New Jersey.

The new cashless toll system follows full implementation at the Holland Tunnel and Staten Island bridges, with a similar system slated to be implemented at the Lincoln Tunnel by the end of 2022.

“Cashless transactions are no longer a thing of the future in this age of touchless financial transactions, and for non-E-ZPass customers that convenience of modern life has now come to our 90-year-old George Washington Bridge,” said Port Authority Chairman Kevin O’Toole.

The tolling equipment was first installed on the GWB’s upper level in October 2021, with the lower-level installation completed in April 2022. Calibration tests were finalized in June 2022.

“We are extremely pleased with the activation of this best-in-class, all-electronic technology that will assure quick, accurate, electronic toll billing at the GWB,” said O’Toole.

Once the tolling system is fully activated, crews will demolish existing toll booths and islands.

The Port Authority noted that an existing carpool discount plan will end with the launch of the new tolling technology. The authority said it was ending the program due to the “impracticality of determining electronically the number of passengers in a vehicle.”

Rep. Josh Gottheimer hit back at the decision, arguing that the cashless system was good but the removal of the carpool discount was a negative for New Jersey residents.

“The Port Authority’s new ‘Carpool Crushing Tax’ crushes commuters and kills the environment. Eliminating the carpool discount will cost many New Jersey commuters thousands of dollars a year in new tolls, add a ton of new cars onto the bridge, and create more air pollution,” he said.

Gottheimer calculated the new carpool-less system would cost New Jersey carpool drivers an additional $2,375 per year, or $9.50 a day.

The Congressman disputed the Port Authority contention that carpool rates would not work with new cashless tolling, because their camera technology can’t easily determine how many people are actually in a vehicle.

“However, the technology exists and multiple other states are using similar technology right now. We must find solutions to preserve the lower carpool tolls, keep congestion down, and reduce emissions,” he said.