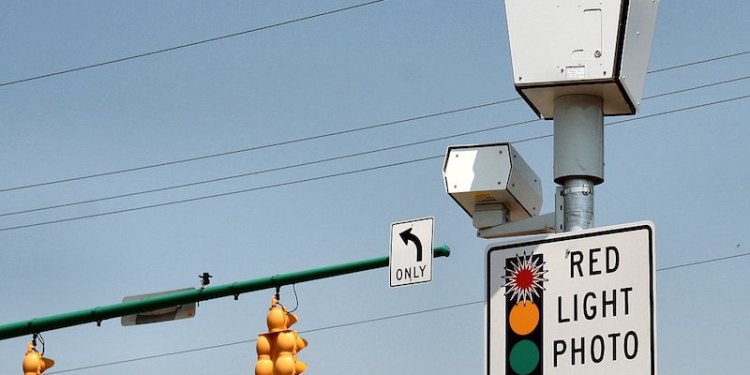 “New Jersey does not have speed cameras and we no longer allow red light cameras,” said Sacco. “However, our residents are still being subjected to these citations in other parts of the country and they deserve protection.”

Under the bill, S-460, personal information would include any information that identifies an individual, such as, their photograph, Social Security number, driver identification number, name, address or telephone number.

State Sen. Declan O’Scanlon (R-13), a GOP supporter of the bill, noted the work of members on both sides of the aisle in getting the proposed law passed by the State Senate’s Law and Public Safety Committee.

“In a rare moment of unity, Democrats and Republicans in the New Jersey Legislature years ago resisted the siren song of easy cash, followed the facts, and wisely banned the use of automated enforcement within our borders,” said O’Scanlon in a statement submitted to the committee. “About half of all states have wisely rejected these systems. But that hasn’t stopped these corrupt companies from reaching into our wallets from out of state.”

“This bill will shut that door tight and protect our drivers from this government-sanctioned-theft.”

For O’Scanlon, this is an issue going back almost a decade. The GOP lawmaker originally sponsored a version of S-460 in the Assembly in 2014. In 2016, an identical bill passed the Senate with a vote of 38-0.

“In fighting and defeating camera enforcement in New Jersey, we gathered more than enough proof that automated traffic fines are nothing more than government sanctioned theft,” he said. “They don’t improve safety, but they do methodically rip money away from drivers, bringing in revenue for local governments and making the camera operators rich.”

The proposed law has the backing of State Senate President Nicholas Scutari (D-22).

“Red light cameras have been banned in New Jersey since the program expired in 2014 and speed cameras have never been allowed, so there is no reason why our residents should still be receiving citations from these devices,” said Scutari. “Regardless of the state, our drivers should be protected from receiving these tickets, and this bill would put measures in place to prevent any further citations from occurring.”

The legislation is modeled on a 2014 law in South Dakota which prohibited the state’s Division of Motor Vehicles from submitting driver information to the national interstate motor vehicle information network, a system used by photo ticketing companies to process tickets to unsuspecting or unknowing drivers.

O’Scanlon noted there are multi-lane highways—designed for 65 mph speed—posted at 45, or less, virtually ensuring every driver will be ticketed.

“For those who suggest ‘don’t speed or run red lights and you won’t get tickets,’ I call BS,” he said. “These systems only make money when safety and engineering criteria regarding yellow light times and speed limits are ignored. No one should fall for these corrupt companies’ claims.”

Sacco added “(New Jersey) residents should not have to worry about receiving a ticket from a device that is not allowed in their home state. This bill would ensure the privacy of New Jersey drivers information, safeguarding them from receiving any more tickets of this kind.”