OPINION: Jan. 6 Committee is Doing its Job, Will DOJ do Theirs?

If facts conclude crimes were committed, AG Garland must prosecute 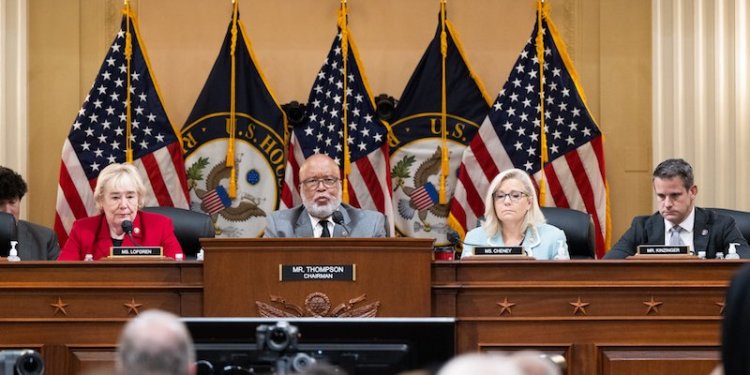 Its formal name is the Select Committee to Investigate the January 6th Attack on the United States Capitol. While both Democratic and Republican members are charged with explaining the events that happened that day, there is one question that is starting to come to the forefront that will have to be answered by them and officials in Washington at some point:

Should charges be brought against Donald Trump and those he worked with to overturn the 2020 Presidential election?

We do not expect Americans to watch every single moment of the hearings. But you should be informed and understand a few basic facts that the committee has put forth so far.

Donald Trump was told numerous times, by aides and lawyers, that his claims of voter fraud that would change the outcome of him losing to Joe Biden were false. Trump knowingly, from just days after the election through Jan. 6, 2021 and until this day, continues to promote “The Big Lie.”

Trump’s words and actions during the Stop the Steal rally on Jan. 6 were received as a call to arms from such right wing extremists as the Proud Boys and Oath Keepers to storm the U.S. Capitol after it was confirmed that Mike Pence would not block the electoral count that certified the results of the 2020 Presidential Election by Congress.

And, in our view, one of the most significant new items is that John Eastman, the lawyer who gave Trump the legal theory to overturn the will of the people, sought a pardon in the days after Jan. 6 for his counsel to the President on the subject.

That is what we know so far with more hearings scheduled this week that will include what Trump did for the 187 minutes it took for him to urge rioters at the Capitol to go home.

We make no assumptions of what the Committee will uncover in the coming days. And we caution that as more news and questions come out—such as the role of Ginni Thomas—that the investigation should continue. The members of the bipartisan committee should let the facts be their guide in ensuring we know the role of all involved, including their colleagues in the House and Senate.

That leads us back to answer our earlier question: Yes, the Department of Justice should absolutely go forward with charges such as conspiracy and any other violation of the law with a sense of urgency that the moment demands.

We do not shy away from the debate of whether charges should be brought in such a politically charged issue. The fact is no man should be above the rule of law. The bar should be set high in order to move forward in a case that involves a President, current and sitting. But it should not be so high that short of confession a case should not be prosecuted.

There will be those that will blindly state that this is another political witch hunt of Trump, pointing to him being impeached twice during his four years as the Commander-in-Chief. We disagree as per the information and presentation that the committee has given so far.

The time is coming soon where Attorney General Merrick Garland must not be influenced by the political ramifications on either side in whether to charge those involved in promoting The Big Lie at the highest levels of government.

The word unprecedented has been overused since Donald Trump entered the world of politics. But this is one of the few times that its significance is true. If the facts show Trump committed a crime in attempting to disrupt the peaceful transfer of power in this instance, then the Department of Justice is obligated to pursue charges in court, precedence or not.

To truly be a country guided by its laws and not men, we must not be afraid to enforce them no matter the consequences. In this instance, the consequences of not moving forward could lead to another assault on democracy—one we might not be unable to withstand the next time.