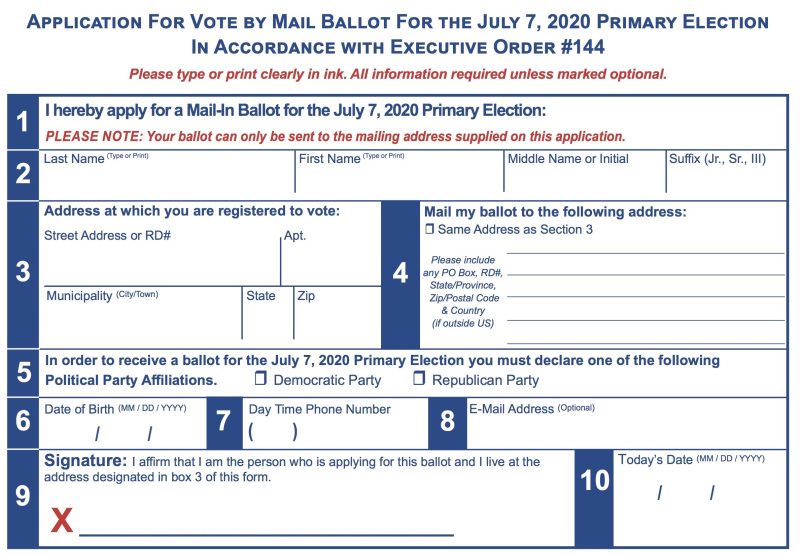 “At a critical and harshly partisan time in our country, as others have moved to make it harder not easier to vote and the federal government has often been unable to act decisively, I think we can be exceptionally proud to boast that New Jersey is bucking the trend,” said Coughlin.

The bill (A-3822) had bipartisan support, with Assembly Minority Leader John DiMaio (R-23) along with  Assembly members  Aura Dunn (R-25), Sterley Stanley (D-18), and Joe Danielsen (D-17) all serving as co-sponsors of the bill. It awaits introduction and action in the Senate.

Under the bill, county Board of Elections websites would be required to uniformly report unofficial results on election nights, giving voters the ability to see the number of votes cast, counted, and remaining to be counted.

Voting data would be presented to show whether the vote was cast by machine during early voting or on Election Day, but mail, or provisionally.

Additionally, the bill would allow for mail-in ballots to be processed, but not counted, beginning five days ahead of an election. This would give county Board of Elections the necessary data to provide unofficial results of both in-person and mail-in votes.

Processing ballots would involve verifying voter signatures and the physical opening of ballots in preparation of counting for tabulation.

“At the heart of our bipartisan bill package, we are working to maintain citizens’ trust and confidence in our election outcomes. My bill specifically looks to do that by catching up the way we process, count, and report ballots, which in turn ensures the public are seeing real-time results reflective of all votes cast whether early, by mail, or at the polls on Election Day,” said Coughlin.

A-3818: This legislation would provide specific dates for special fire district elections. It was sponsored by Assemblywoman Shama Haider (D-37) and Assemblyman Kevin Rooney (R-40).

A-3819: Dunn and Stanley co-sponsored this legislation alongside Assemblyman Raj Mukherji (D-33) which would specify which circumstances would allow a voter to be removed from permanent vote by mail status, and when a ballot would be sent to a primary address. The bill would appropriate $5 million, and would require an education campaign for New Jersey residents.

A-3821 – Sponsored by Assemblywoman Shanique Speight (D-29), the bill would specify placement of early voting locations and ballot drop offs.