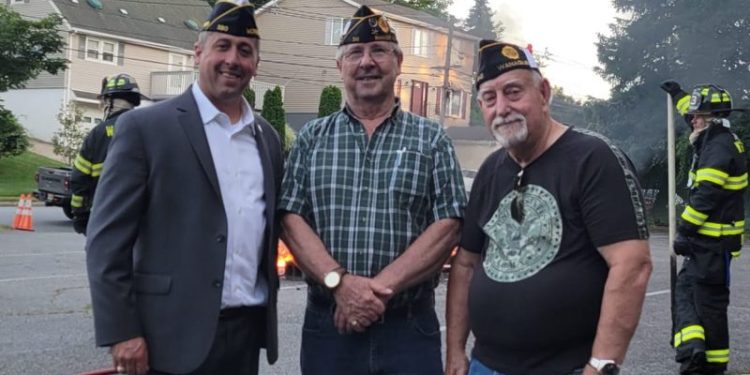 A Democratic-sponsored bill focused on veterans doesn’t do enough for the beleaguered cohort, according to Assemblyman Brian Bergen (R-25).

“I’m standing up before you today, because I believe what we are doing here today is not enough,” Bergen said during a recent session of the full Assembly. “Times have even gotten a little more difficult for people. Inflation is up. Gas prices are significantly up. I truly believe that everything we do in this body for veterans should always be best in class.”

The bill in question (A-1477) would increase annual state payments to blind and paralyzed veterans and surviving spouses to $1,800 from the current $750. Bergen noted Delaware pays disabled veterans $3,000 annually, and proposed a hostile amendment increasing payments to that $3,000 threshold.

Democrats in the Assembly tabled the motion, with the first measure passing unanimously.

Bergen further implored lawmakers to pass his bill (A-888) which would extend property tax discounts to more service-disabled veterans living within the Garden State.

Under the bill, a veteran who was 70% disabled according to military disability ratings would be responsible for 30% of their property tax bill, whereas the current system only allows those who are 100% disabled to qualify for a property tax exemption.

“This bill is so unbelievably important. Too often we approach veterans issues by helping here and helping there and trying to solve little problem after little problem. And we don’t go big enough to actually help veterans help themselves,” Bergen said.

“This bill is laser focused on putting the money in the hands of those people most in need. This bill forever changes the lives of at least 40,000 of the disabled veterans that reside here in the state of New Jersey.”

‘Where the Rubber Meets the Road’

Bergen argued that his bill had been blocked from being considered in the Military and Veterans Affairs Committee by Assemblywoman Cleopatra Tucker (D-28) who chairs the committee. Bergen said that despite having 52 Assembly sponsors and issuing three written requests, it was still not being considered.

“Will you support vets or not? Do you put your name on bills as sponsors and co-sponsors so that you can glad-hand people at the VFW and the American Legion and say that you support veterans? Or do you do it because you actually care?” Bergen asked.

“If you actually care about the disabled veterans in the state of New Jersey, then you will help me to relieve this bill from committee today and bring it to the floor.”