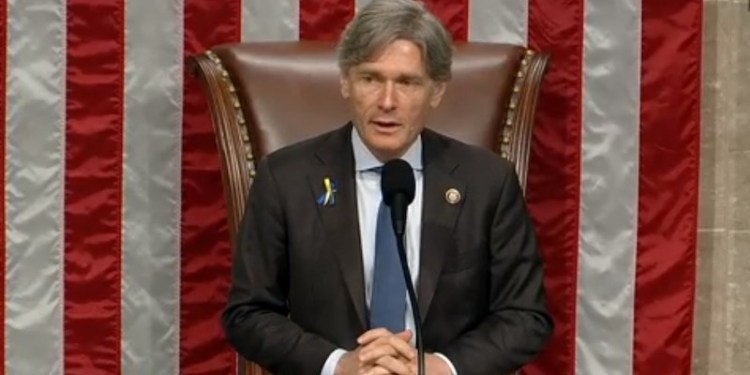 With President Joe Biden scheduled for meetings with Sadian Arabian officials next month, Rep. Tom Malinowski is part of a cohort of House Democrats looking to set expectations.

The trip, set for mid-July, is occurring after then candidate Biden said he would make the Saudis “pay the price, and make them in fact the pariah that they are,” while saying that there was “very little social redeeming value in the present government in Saudi Arabia” in response to the assassination of Washington Post journalist Jamal Khashoggi.

The Biden Administration said the trip includes his first trip to Israel as President and meeting with leaders from other Arab nations, including Egypt, Jordan, Iraq and the United Arab Emirates and stressed it would not include any one-on-one meetings with Crown Prince Mohammed bin Salman.

Officials in the Biden Administration said one of the purposes of the foreign trip is to attempt to have oil-rich nations increase production to help lower gas prices at home and isolate Russia abroad.

Malinowski noted that the recent White House’s agreement with Saudi Arabia to increase oil output is a first step to lowering prices at the pump for Americans.

“It…recognizes that if Saudi Arabia hopes to maintain the status quo of its relationship with the United States, it must show a greater willingness to work with us—not against us—in advancing what is now our most urgent national security objective: the defeat of Russia’s aggression in Ukraine,” read the statement from Malinowski along with his fellow house members Reps. Abigail Spanberger (D-VA), Colin Allred (D-TX), Katie Porter (D-CA), Jason Crow (D-CO) and Dean Phillips (D-MN).

The letter said the true test of the administration’s policy will be whether energy and food prices shift enough to compensate for the loss of Russian oil from global markets, and to stymie Russia’s efforts to hurt consumers in the United States and Europe.

“We hope that OPEC’s slight announced increase in oil production is not the end, but the start of Saudi Arabia’s break with (Russian President Vladimir) Putin,” they wrote. “We will judge Saudi Arabia’s interest in a genuine partnership based on its actions, including increases in production beyond the announced targets.”

The lawmakers welcomed the indications that Saudi Arabia may be moving towards greater normalization with Israel and recognized the efforts to secure a ceasefire between the Saudi/UAE-led coalition and the Houthis in Yemen. It has resulted in the longest ceasefire since the war began and “we believe it creates a real opportunity to end a war that has killed thousands and fueled extremism on the Arabian Peninsula.”

“This progress was also the product of years of Congressional pressure on our Saudi partners and on multiple administrations to end the war,” the House members wrote. “We hope that all the parties to this conflict will make the concessions necessary to turn a cease fire into a durable peace, so that one of the worst conflicts of the 21st century comes to an end.”

According to reports, Biden since taking office has avoided directly engaging with Crown Prince Mohammed, instead choosing to speak to his father, King Salman. The White House said in February 2021 that Biden was aiming to “recalibrate” relations with Riyadh, attempting to work around the Crown Prince whom US intelligence agencies have deemed responsible for Khashoggi’s killing.

But a little over a year later, Biden and the U.S. has been trying to build back its relationships with Saudi Arabia due the the economic fallout from Russia’s invasion of Ukraine as well as an increasing nuclear threat from Iran.

Biden has received criticism from his own party members for planning the trip. Malinowski urged the President to take the opportunity to raised the issues of human right and the murder of Khashoggi with the ruling members of the Saudi kingdom.

“We hope the administration will take further steps to hold accountable, in a transparent way, those responsible for the murder of Washington Post journalist, and legal U.S. resident, Jamal Khashoggi, while making clear to Saudi Arabia that the United States will not tolerate any further efforts to intimidate or harm critics of the Kingdom living in our country,” Malinowski stated.

The North Jersey lawmaker, who worked in the State Department during the Obama Administration, urged the President to “elevate human rights concerns in bilateral discussions, including by insisting on the lifting of arbitrary travel bans on three American citizens, as well as the release of activists, journalists, and members of religious minority groups jailed for exercising their human rights.”

The Saudis were upset by President Biden’s release of the intelligence report on Khashoggi’s murder as a statement of accountability and imposed sanctions on some of those involved in the killing as well as the declassification of documents from the Sept. 11 investigation into Saudi involvement.

But Saudi Arabia is seen as a key dealmaker in the expansion of the Abraham Accords, helping to build relationships between Israel and its Arab neighbors. It’s one that the signatories of the letter understand but one that sees working to amplify U.S. interests.

“We agree with the White House that winning the battle between democracy and autocracy is the defining challenge of our times,” said the House members. “A healthy American partnership with Saudi Arabia must therefore be grounded in, not an outlier from, our global strategy to defend universal human rights and freedoms.”