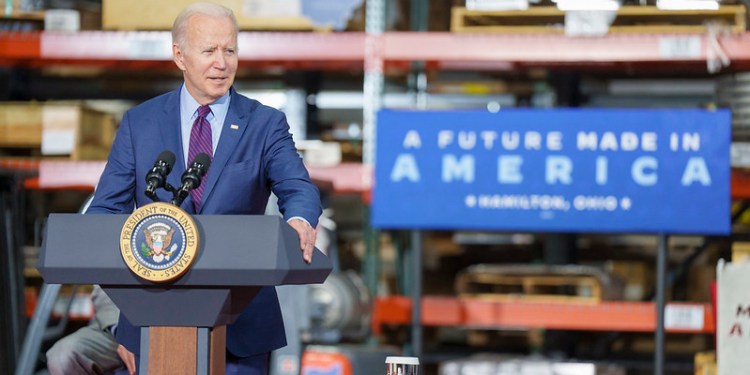 Although gas prices exhibited their first year-over-year decline in over two months this week, federal lawmakers and even the President are eyeing further relief for American citizens.

President Biden stated he fully understood “the gas tax holiday alone is not going to fix the problem. But it will provide families some immediate relief. Just a little bit of breathing room as we continue working to bring down prices for the long haul.”

AAA reported the national average price of gas fell to $4.955 per gallon as of June 22, representing the first average drop in nearly two months. However, the price was still up 61% from the $3.069 per gallon average reported a year ago.

The call from President Biden comes after the House passed the Lower Food and Fuel Costs Act, which would expand U.S. biofuels investments to give consumers more choice than just gasoline. Additionally, it would deploy additional storage to increase availability of higher ethanol blends, and allow for the year-round sale of gasoline containing 15% ethanol.

“It’s clear that food and gas prices are hitting families hard — between the COVID economy and supply chain issues, Ukraine, and collusion in meat and poultry industries, costs have surged. That’s why I’m focused day and night on concrete steps we can take to make life more affordable for families in Jersey,” said Gottheimer.

Sherrill and Gottheimer targeted rising food prices, as well, with the Bureau of Labor Statistics’ Consumer Price Index showing a 9.4% year-over-year increase for food prices in May.

The bill would seek to increase competition among the U.S. meatpacking industry, and to rebalance the U.S. cattle market to help small- and medium-sized meat processors.

Additionally, the bill would attempt to reduce input costs for fertilizer and improve access to precision agricultural practices.

“This bill targets key problems the oil and food industries are facing and addresses them head on. We know Americans need relief from the effects of global inflation, and it’s our job to deliver. I urge the Senate to pass this critical legislation as quickly as possible,” said Sherrill.

Gas and diesel prices are shaping up as a key issue for the 2022 midterm elections, and American citizens could expect a 3.6% savings at the pump if all savings from the gas tax were passed along to consumers, according to The Associated Press.

That said, many economists and even President Barack Obama, previously view the effort with a bit of skepticism. During the 2008 campaign, Obama called the idea a “gimmick” and oil companies could offset the relief by simply raising prices.

Additionally, prior efforts undertaken by the Biden Administration have been unable to curtail the rise in gas prices. Previously, Biden’s team had released oil from the U.S. strategic reserve, and issued new rules on greater ethanol blending.