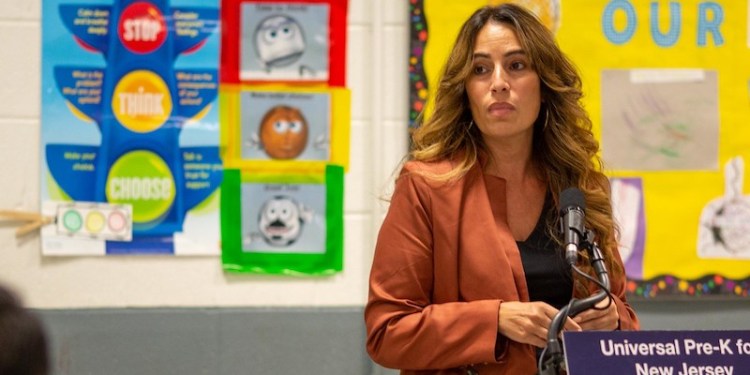 With the disruption in schools brought on by the pandemic, lawmakers and educators are rethinking the test students have to take in order to graduate from a Garden State high school.

Two bills were recently passed by the State Senate Education Committee on the subject, including one promoted by State Senate Majority Leader Teresa Ruiz (D-29).

Ruiz’s bill, S-50, would amend the current law to eliminate the requirement that the New Jersey Graduation Proficiency Assessment (NJGPA) be given in the 11th grade and require state education officials to write a new exam to test students’ proficiency in reading, writing, and math.

For students in the classes of 2026 and after, the new graduation proficiency test would be developed by the education commissioner and approved by the state Board of Education. The commissioner would be mandated to collaborate with school officials and other stakeholders on creating the new exam.

“We’re aiming to redirect the challenge and the responsibility to the Department of Education to come up with a comprehensive solution so that we can eradicate and change the statute once and for all,” said Ruiz. “I’m just trying to have a long-term solution.”

The Essex County lawmaker’s proposal would change the NJGPA test that 11th graders took in March to be just a field test and order state education officials to start to come up with a new graduation assessment within 60 days once the measure becomes law.

“This may not be the answer, but it at least starts the process,” Ruiz said before the Senate Education Committee, where the bill was being heard on June 20.

The concerns about the standardized tests comes as after the Murphy Administration added a new fall assessment, called Start Strong, for last September to specifically gauge learning loss from the pandemic and will conduct the same assessment again in September.

The bill, S-2349, would direct the state Board of Education to administer the New NJGPA as a field test for 11th grade students in the class of 2023 and exempt March 2022 NJGPA results as a graduation prerequisite for the class of 2023.

“We do not yet know the full extent of learning loss from disruptions to students’ routines and remote learning during the pandemic, and to place more pressure on students to be able to graduate only adds to students’ psychological and emotional stress and especially burdens certain groups of students,” said Turner  “Students in economically disadvantaged districts went longer without computers and the internet, preventing them from participating in online classes or doing schoolwork.”

Diegnan added the legislation would give education leaders “the ability to fully consider what is the most effective way to determine if our students are prepared to enter the workforce and go on to college.”

The NJGPA exit test was suspended for three years due to a 2018 lawsuit by the Education Law Center claimed the state violated its own law by giving the high school test to 10th graders. The court upheld the law and directed the state to administer a new test for 11th graders in 2022.

The bills drew a mixed response from education groups who have fought over the need for a test. Most notably, the New Jersey Education Association teachers union is not taking a stance on the bills.

“The legislation is a solid step forward in the roller coaster ride of state assessment requirements, and we hope it is the beginning of a period of consistency in policy, testing quality and relevance of our state testing to students,” said Debra Bradley, director of government relations for the New Jersey Principals and Supervisors Association.

“It is not a federal requirement. It does cost a lot of money,” said Julie Borst, executive director of Save Our Schools New Jersey. “And of course, we all know what the result of not having a high school diploma means for students.”

Ruiz said the years of uncertainty about the state’s graduation rules need to end and that State Senate President Nicholas Scutari (D-22) said this would be the last hearing on the subject this term.

“I do firmly believe assessments are important. We need that data, not to penalize, not to create stress, not to be punitive, but to have a measure,” said Ruiz, who was previously the chair of the Education committee.

“There’s something to be said about balance, about moving forward collectively and doing that so we can put this discussion to end, because it’s been going on for four years now.”