Rulings on abortion, guns go against the will of the American public 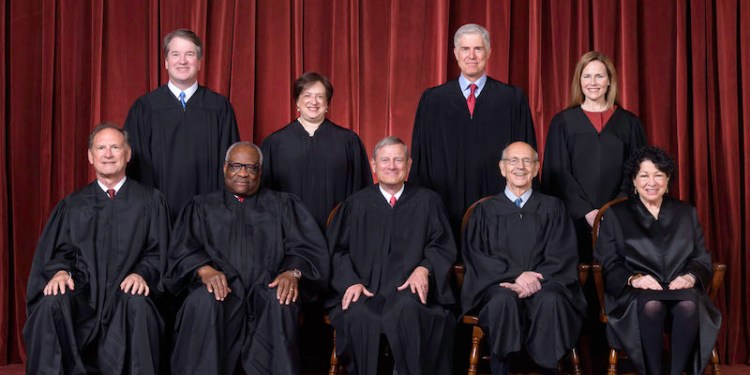 Supreme Court Justice Clarence Thomas does not see the radical right court he sits on stopping at loosening gun laws and restricting the right of women to have domain over their own body.

Just take his word for it.

In a concurring opinion for Dobbs v. Jackson Women’s Health Organization, Thomas wrote that “​​in future cases, we should reconsider all of this Court’s substantive due process precedents, including Griswold, Lawrence and Obergefell.”

The judicial theory he is adhering to is that the issue should be made by state legislators, not federally or in the courts.

We would understand but disagree with that logic, except for the day before Thomas authored the opinion that struck down New York state’s gun law on concealed carry. The ruling in New York State Rifle & Pistol Association Inc. v. Bruen is a violation of the Second Amendment, according to the 6-3 majority.

It is truly breathtaking in how, in 24 hours, six unelected justices have made two decisions that both take away a state’s right to self-govern and tell women they do not have the ability to make healthcare decisions over their own bodies in a majority of the states in America.

The question is what now? In North Jersey, the gun ruling will have more of an effect as New Jersey has codified the rights of women in Roe v Wade.

Gov. Phil Murphy and Democrats have pledged to continue to tighten gun laws in their attempts to fight the epidemic that has engulfed the U.S. no matter where you live. It was heartening to see the bipartisan Safer Communities Act pass both houses in Washington. That bill is progress in attempts to save lives taken by a gun and the person pulling the trigger.

State Republicans have stated they will work to loosen New Jersey strict gun laws and go to court to do so. We do fear they will be successful.

The Dobbs decision, in our view, is more significant as it makes the federal races this Fall a two issue race: gas prices and a woman’s right to choose. We stated earlier this month—and stand by it— that if a regular gallon of gas is $5 or higher and inflation continues at its 8.6% rate, the Democrats will most likely lose control of the House and Senate for 2023 and 2024.

Republicans are already making noise for a federal version to restrict abortions. New Jersey Rep. Chris Smith has said he would support a law that makes abortion illegal after 15 weeks, making him a moderate in his party. We guarantee by the end of the weekend it will be the GOP’s stated position that the next Congress will pass legislation to ban all abortions nationwide, states rights be damned.

But before that happens, Democrats should be drafting legislation codifying Roe v. Wade that ensures a woman’s right to choose. All levers of government should be explored to make sure abortion is legal and safe.

Voters still have the power to enact change up and down the ballot. Abortions are now banned across America because Republicans valued the race for County Commissioner as much as they do for President. The organizing and dedication resulted in their ultimate goal of making abortions illegal and loosening gun laws in the face of public opinion clearly against their stances.

The Supreme Court backstop has been the now successful long play for Republicans, achieved with three Trump appointees turning the court to an extreme right view.

The current court does not reflect the ideological makeup of America. It is a much more radical conservative one that is protected by life-long appointments and no oversight from Congress.

And it will be a path it will follow for years to come.