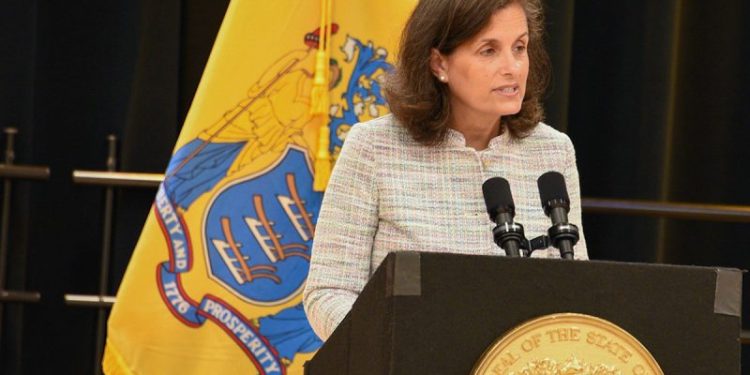 In a letter authored by Republican members of the Senate Budget & Appropriations Committee and sent to State Senate Budget Chairman Paul Sarlo (D-36), they are calling on Muoio to appear before the committee and respond publicly to serious allegations, that she intentionally misled legislators on behalf of the Gov. Phil Murphy.

The questions come as an agreement for a state budget is mandated to be completed by June 30.

“At the same time that Treasurer Muoio was telling legislators that New Jersey’s debt had decreased to a seven-year low, her department was preparing to release the long-overdue state audit showing that debt actually climbed by $44 billion in a single year,” said State Senate Minority Leader Steve Oroho (R-24).

Oroho continued, “It’s clear the Treasurer knew her prepared testimony to our Budget Committee was grossly inaccurate. She must be called to appear before our committee to be held accountable for misleading the Legislature in what appears to be an intentional way and to address allegations of serious fiscal mismanagement by the Murphy administration.”

On May 16, Muoio submitted her written testimony to in which she cited “we have substantially reduced our debt load while securing real savings for the taxpayers of the state…in fact, the State’s current debt load is now lower than it’s been at any time since FY 2015.”

However, just nine-days later on May 25, Muoio signed and released the Annual Comprehensive Financial Report for FY 2021, also referenced as the “state audit” which actually refutes her initial May 16 testimony, according to Republican lawmakers.

State Sen. Declan O’Scanlon (R-13) declared “it’s unconscionable that we were provided information by Treasurer Muoio that was flat out wrong, and it seems certain she knew it was wrong since the audit with the true numbers was about to be released.”

“To make matters worse, we’re now learning that the administration is failing to properly manage contracts that could stop healthcare related debt from growing even higher.”

According to the audit the $44 billion debt increase includes almost $41 billion in state pensions and post-employment benefit liabilities, with the remaining balance earmarked for bonded debt.

“Gov. Murphy keeps saying he’s responsible for fixing the pension system and cutting public employee benefit costs, but the numbers tell a different story,” said State Sen. Sam Thompson (R-12), a member of the Senate Budget Committee. “He’s trying to weave a narrative to prepare a presidential run without actually doing the work of lowering costs for New Jersey taxpayers now or in the future.”

Thompson added, “In the process, his administration is hiding information that the Legislature needs to do the hard work that he has failed to do. That’s not something we should tolerate.”