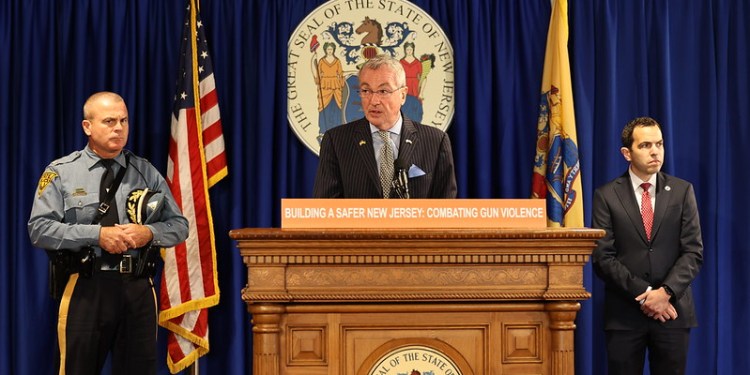 “The right-wing majority has made its decision,” Murphy said at a news conference in the state’s capitol June 24. “As tragic and misguided as it was, we must live with it…but that will not stop us from doing everything in our power to protect our communities and our residents.”

The executive order directed all state departments and agencies to review all statutes, rules, and regulations to identify actions that may be taken to determine whether, and in what manner, firearms may be carried, displayed, or otherwise regulated. This includes the authority to designate certain locations where carrying of firearms is prohibited, as well as authority to regulate the manner of carrying, transporting, possessing, or conveying firearms.

Additionally, Murphy said he will work with State Senators and Assembly members to expand the number of places where firearms cannot be carried, including locations with a high density of people, locations with inherently vulnerable populations, and buildings where important governmental or First Amendment-protected activities take place.

”Allowing ordinary citizens to carry concealed weapons into stores and malls, on mass transit, in daycare centers and hospitals, in polling places, or in bars and restaurants does not make us safer,” said Murphy. “And it does not make our police safer as they do their jobs.”

Murphy’s declarations follow the U.S. Supreme Court decision in New York State Rifle & Pistol Association Inc. v. Bruen, in which a 6-3 majority ruled that individuals have a general right to carry firearms in public. The governor noted although New Jersey has the lowest firearm mortality rates in the country, gun violence has claimed the lives of more than 5,000 New Jerseyans in the past decade.

“(The) Supreme Court decision, in addition to making a mockery of the recent tragedies in Uvalde and Buffalo, severely undermines the efforts of individual states to protect their residents from gun violence,” said Murphy. “But the failures of the nation’s highest court to combat this devastating public health crisis will not deter us from realizing our vision for a safer New Jersey.

“Now more than ever, the onus is on us to pass commonsense gun safety reform that will benefit every child, parent, and first responder who calls New Jersey their home.”

Additionally, President Joe Biden signed into law the Safer Communities Act, the most sweeping federal gun violence law in decades, saying “lives will be saved.” The bipartisan bill negotiated by U.S. Senators will toughen background checks for the youngest gun buyers in the U.S., keep firearms from more domestic violence offenders, and help states put in place red flag laws that make it easier for authorities to take weapons from people adjudged to be dangerous.

Acting Attorney General Matt Platkin commented that Bruen ruling could not come at a worse time, as the U.S. is experiencing a nationwide “epidemic of gun violence.”

“The Supreme Court’s reckless decision makes it harder to combat the proliferation of deadly weapons in our communities and in our public spaces, and makes all New Jerseyans less safe,” said Platkin. “You cannot carry a firearm in New Jersey without a permit. Period. There is nothing in yesterday’s decision that changes that.”

The acting attorney general added that all other aspects of the permitting process will continue to be enforced.

For Colonel Patrick J. Callahan, Superintendent of the New Jersey State Police, he pledged officers in the Garden State will take preventative measures to ensure that firearms do not fall into the wrong hands.

“Although New Jersey has consistently experienced one of the lowest firearm mortality rates in the nation, even one senseless death due to gun violence is too many,” said Callahan. “Our priority remains keeping the citizens of this state safe.”

Murphy said his administration’s goal is to ensure that guns do not needlessly proliferate in New Jersey communities and called the right to carry a concealed weapon “a recipe for tragedy.”

“Anyone trying to sell you the notion that more guns means more safety is selling you a false bill of goods,” Murphy said. “The Supreme Court’s right wing bought that line. But we don’t.”