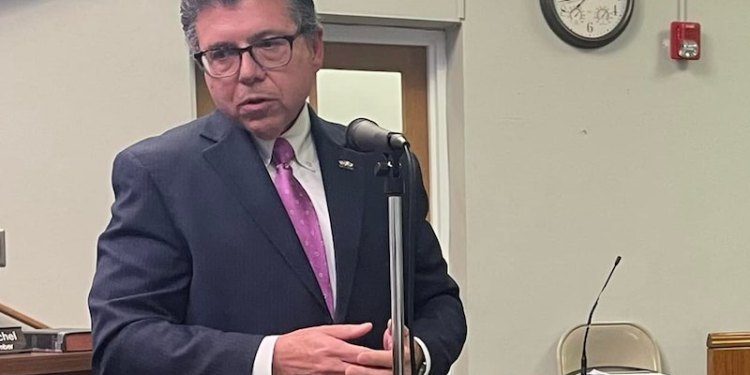 A report just released by the Treasury Department forecasts that due to the rising cost of inflation, New Jerseyans will be paying more in state taxes next year because of the states “tax bracket creep” which is estimated to be approximately $543 million in FY 2023.

In a statement issued by State Sen. Anthony Bucco (R-25), regarding the tax increase, “I’ve been pushing Democrats and the Murphy administration to work with us to index New Jersey’s income tax brackets for inflation, just like the federal government and dozens of other states.”

“We now know that failure to act will cost New Jersey families more than half-a-billion dollars in income tax increases next year. On top of record-high gas prices and rising costs for groceries, it’s yet another expense that people can’t afford.”

Bucco, who serves on the Morris County Republican Committee as its general counsel, is responsible for sponsoring a key piece of legislation referenced as S-676. The new bill if enacted would automatically index annually the state’s gross income tax brackets for inflation, which the federal government has been doing for well over 40 years, along with 37 other states.

The bill, first introduced in January that includes State Senate Minority Leader Steve Oroho (R-24) as a co-sponsor, would compare annual inflation rates from the year prior to the one for which taxes will be imposed, to a base year measure from the year prior.

Simply put, the bill would finally end the archaic long-standing rigid tax rates and replace it with more nimble tax structure which would be adjusted accordingly, each year for inflation, according to proponents.

In December 2021, Bucco explained in an editorial how taxpayers earning the exact same wages from one year to the next, are unwittingly forced into a higher tax bracket, because of cost-of-living allowances intended to cover inflation, however resulting in families actually becoming poorer.

“I’m almost surprised that the Murphy administration admitted that this looming income tax increase on New Jersey families that could result from their inaction is so big,” said Testa, a member of the Senate Budget & Appropriations Committee. “When the state has $9 billion in tax over collections this year sitting in the bank, there’s absolutely no reason for anyone to pay higher taxes next year. This is something we can and should fix.”

Aside from Bucco’s pending bill, Republicans have submitted a comprehensive budget plan.

“What’s really shocking is the resistance of Democrats to our efforts to protect struggling families with lower incomes who are most likely to be pushed into higher tax brackets as a result of inflation,” said State Sen. Declan O’Scanlon (R-13), the Republican Budget Officer. “If Governor Murphy wants to keep his no-tax-increase pledge, he needs to work with Republicans to fix this problem before the budget is adopted.”

One of the proposals within the GOP budget plan would be an $8 billion dollar tax relief package for all New Jersey wage earners, including an end to “tax bracket creep.” The GOP plan takes aim at Murphy’s tax hikes during his first term, including an increase in both employee and employer payroll taxes, along with the governor’s desire in raising tolls within the Garden State.

Murphy has promised he will not raise additional taxes in a second term.

The Republican proposals were not included in the $50.6 billion state budget Dems agreed to June 27. The plan (S2023) includes a new $2 billion property tax relief initiative, a state-level child tax credit program, driver’s license fee waivers, free state parks, and a 10-day sales tax holiday on back-to-school supplies that will go into effect later this summer. The full state Legislature is expected to vote on the measure June 29, clearing the way for Murphy to sign it into law before the July 1 deadline.